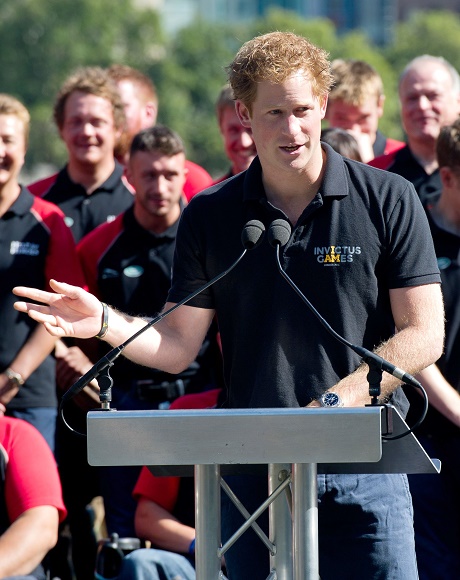 On the thirteenth anniversary of 9/11, many are already on high alert for any potential terrorist threats, so when one of Prince Harry’s police outriders was in a dramatic car accident with an oncoming taxi in central London yesterday, it was no surprise that the incident prompted a terror alert.

The Daily Mail UK reported that Harry’s bodyguards believed they were the target of a terrorist attack after a police officer lost control of his motorbike, causing it to crash head-on with a taxi. The accident itself was scary enough, but the fact that it happened on 9/11 sent a scary chill throughout the area.

Prince Harry, on his way to the Invictus Games, was visibly shaken as his driver rushed to get him through the wreckage and out of the area immediately after the crash. The Prince launched the Invictus Games, described as a Paralympic-style multi-sport event for wounded soldiers, earlier this year after being inspired by the Warrior Games, which highlight the athletic talent of wounded soldiers in the United States.

While Harry was able to walk away unscathed, the police motorcyclist “was catapulted 40 yards down the road and taken to hospital [SIC], along with the driver of the taxi who had to be cut free by firemen,” the Mail reported. The taxi driver is still reportedly in the hospital, while the motorcyclist was astonishingly already released. It was also reported by the Mail that Harry, who would have made his mother—the late Princess Diana—proud, insisted on stopping after the accident to help, despite following security protocol and simply continuing on.

Happily, this story ended without any tragedies, though it sure shook everyone up.