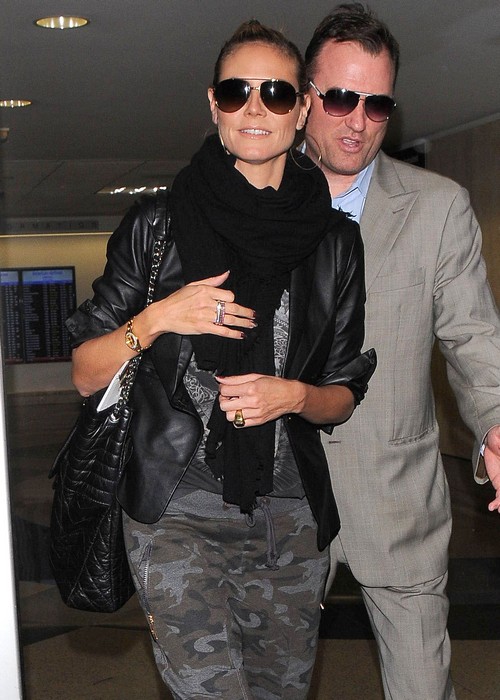 According to the latest report from the National Enquirer, Seal is getting quite upset at his ex-wife Heidi Klum‘s public displays of affection with her boytoy boyfriend, Vito Schnabel.

Apparently, Seal is not very happy that Heidi is bringing Vito around their children, and especially unhappy that Heidi’s taken to being so ‘touchy-feely’ with him in public. Are we sensing a little jealousy here, or is Seal just being overly protective of his children?

The Enquirer’s source claims, “As far as Seal is concerned, Heidi’s the mother of his kids, and he wants her to maintain a level of dignity and decorum. Seal knows better than anyone how much Heidi lets her passions rule her. He’s worried she might behave inappropriately in front of the kids, who are still digesting Martin’s absence.”

Honestly, this reads more like jealousy than protectiveness. Seal’s efforts to reconcile with Heidi were reportedly shot down, and she moved on with Vito not long after that. It makes sense that Seal hasn’t yet reconciled with Heidi moving on, especially since he’s single right now. But I doubt he cares about ‘decorum’ and ‘dignity’, but rather his own struggle in the face of Heidi flaunting her relationship with Vito. After all, Vito’s still in his twenties, is good looking, and a very successful art dealer. He’s also had relationships with celebrities in the past, so Seal might also be worried about Heidi getting used for her fame.

What do you guys think? Is Seal genuinely worried about his children, or is he just jealous that Heidi’s already gotten a new boyfriend? Let us know your thoughts in the comments below.