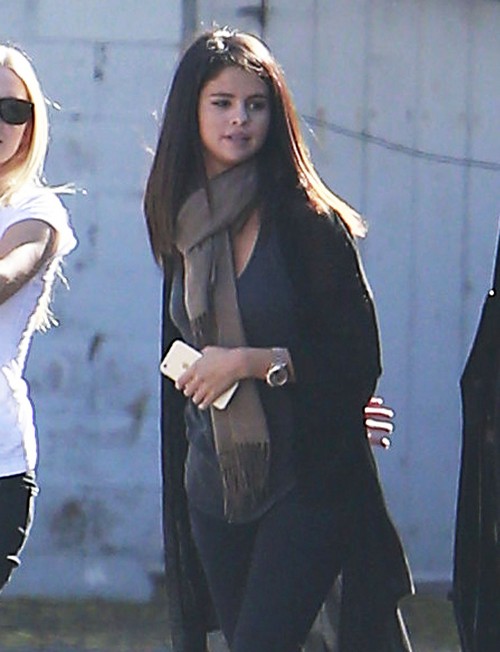 Selena Gomez is childish and pathetic staging a fake date with David Henrie to make Justin Bieber jealous. Selena Gomez and Justin Bieber are continuing their childish romance games, even though it’s seriously starting to grate on everyone’s nerves. At this point, nobody even cares about these two anymore, but unfortunately, they still care about each other. Also unfortunately for Selena Gomez, her obsession with Justin Bieber is not only taking a toll on her own inter-personal relationships, but it’s also starting to affect her public image.

People have realized that Selena Gomez is acting desperate, especially when she does stuff like stage a date with David Henrie to rub it in Justin Bieber’s face. Yes, that’s right. Selena went out of her way to orchestrate a date with her Wizards of Waverly Place co-star David Henrie [who she’s been linked to for years], and the photographers just HAPPENED to be there. Yeah, right. As IF the photographers just happened upon these two having dinner.

Several sources have even told us that Justin Bieber’s jealous side tends to flare up whenever Selena Gomez hangs out with David Henrie, largely because Selena’s bond with David goes back many, many years – much beyond Selena’s ‘bond’ with Justin. And since Justin Bieber is a little twat, his jealous side will always, always come out whenever he sees ‘competition’.

Now, Selena has said time and time again that she’s not dating David Henrie, and that their relationship resembles a brother-sister relationship more than anything else. However, Justin Bieber is clearly one of those irrational boyfriends that doesn’t want ‘his girl’ hanging with any other dude except for him. So yeah, Selena’s extremely transparent ploy to win Justin back will probably work, even though she’s much better off just dumping him and probably dating David Henrie for real.

What do you guys think? Should Selena Gomez dump Justin Bieber, once and for all? Or should she just follow her heart, no matter how much it’s damaging her personal and professional life? Let us know your thoughts in the comments below.