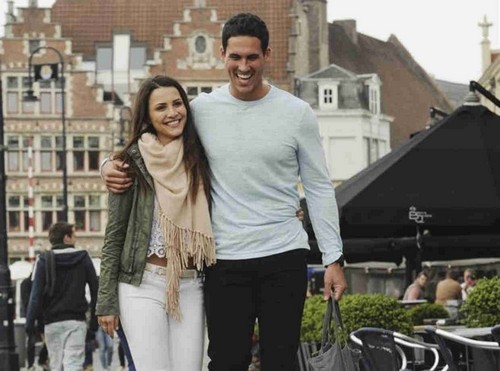 Do you think The Bachelorette 2014’s Andi Dorfman went out of her way to make the more controversial choice? It all came down to Josh Murray and Nick Viall, and even though she had better chemistry with Nick and he was clearly the better guy, Andi ended up going with Josh. We’ve known that Josh was going to be the winner for a while now, but what we don’t know is that Andi actually chose Nick as her first choice. Of course until we see the July 28th finale of The Bachelorette 2014 we won’t know for sure!

A report from Life & Style reveals details about Andi’s last minute switcheroo, claiming that Andi had always pegged Nick as her first choice. The producers thought it was going to be Nick, the host Chris Harrison thought it was going to be Nick, and heck, even the audience is still clinging to the hope that it’ll be Nick. But nope, Andi ended up choosing Josh Murray in the end.

A source tells L & S, “Andi had deep feelings for both Josh and Nick, and she initially chose Nick to win. But just minutes before she was set to tape, she had a change of heart and picked Josh instead.”

Yes, such ‘deep’ feelings. You know, the dollar signs were probably getting in the way of her eyesight and her ‘feelings’. Maybe she couldn’t figure out that Josh was a douche that would cheat on her first chance he got. Or maybe she just didn’t care, since she was getting everything she wanted out of this – fame, attention, and money.

Of course, reports are still making it sound as though Andi chose the ‘right’ guy, and that she’s sticking by her decision. Well, duh. What is she going to do now, go on national television and take back her choice? The producers will never let her do that, so we’re just going to have deal with yet another Bachelorette couple pretending to go down the aisle and separating a few months or few years later.