The Young and the Restless Spoilers: Adam’s Revenge On Dear Old Dad – Dylan Rescues Faith But Victor and Joe Plot His Ruin

BY Amanda Austin on December 23, 2014 | Comments: one comment
Related : Soap Opera, Spoiler, Television, The Young and the Restless 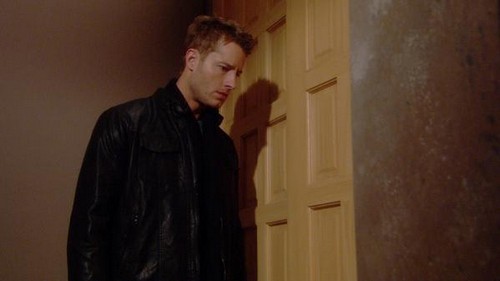 Y&R rumors have been flying around that Faith’s disappearance would bring her parents closer, but that is obviously not the case. Y&R spoilers reveal that after Faith is located Nick informs Sharon that nothing has changed and he is still taking her to court. Ironically, he just made his case ten times harder – because now Sharon’s lawyer can argue on her behalf that Nick is irresponsible and lost their daughter.

In other The Young and the Restless news, Adam/Gabriel rushes back to the cabin when Sage reveals that Constance is sick and dying. Upon arrival Constance informs “Gabriel” that it is Victor Newman’s fault that his father is dead. Apparently Victor stole his company and all of his money from him in a shady business deal and drove Gabriel’s dad to commit suicide. Y&R spoilers tease that Adam Newman vows to “make Victor pay.” Ironically, while Victor’s not-so-dead son is vowing to seek revenge on him, Victor is up to no good and meeting secretly with his new business partner in the park.

The Young and the Restless spoilers for December 23 also tease that Y&R fans can expect some major baby drama, as Billy and Victoria feud over her daughter’s Christening. Billy is livid when he learns that she plans to name their daughter Newman instead of Abbott. Meanwhile across town Dylan and Avery spend the day discussing a baby that they lost many years ago, and what their lives would be like now if said baby hadn’t passed away.

So Y&R fans, what do you think of Victor joining forces with Joe Clark and buying out Dylan’s business and half of Genoa City along with it? Do you think that Nick was too harsh on Sharon, after all Faith ran away on his watch? How will Adam/Gabriel avenge his fake father? Let us know what you think in the comments below and don’t forget to check CDL tomorrow for more The Young and the Restless spoilers and news.