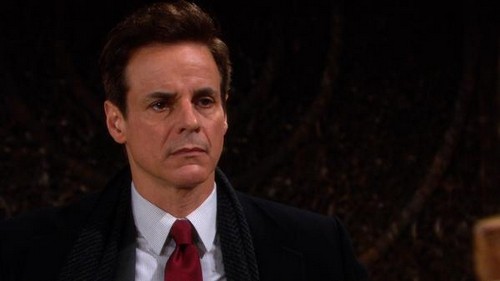 The Young and The Restless spoilers tease some crazy drama will go down in Genoa City during the holidays and in to the new year, and that got us thinking about our Christmas Wish Lists. Rumor has it some major plot-twists and exciting storylines are headed our way – here’s what we would like to see happen on The Young and the Restless in 2015.

Redeem Adam Newman: Soap characters are resilient, they have to do something really horrible – like kill a little girl, to really turn fans against them. With Justin Hartley resurrecting the character of Adam Newman, he has some serious damage control to do in Genoa City. We feel like Hartley will never get a fair chance to shine on Y&R unless the writers reveal that he is actually innocent and didn’t run over Deliah.

Give Phyllis A Heart: Gina Tognoni is an amazing actress – but the character of Phyllis is a total Ice Queen since she returned to Genoa City. The charming thing about the old Phyllis was that she was evil – but managed to redeem herself on a regular basis. Gina Tognoni’s version of Phyllis is just plain evil, we hope Santa brings her a heart this year, because she is so mean and cold it’s almost unbearable to watch.

Send Kelly To Crazy Town: At this point in the game the Y&R writers need to either send Kelly Andrews to crazy town, or just out of town all together. Is there anyone out there who doesn’t fast forward through Kelly and Jack’s scenes? A jealous and crazy Kelly that is seeking revenge on Jack and Phyllis, now that we would watch.

Bring Back Kyle Abbott: The Young and the Restless rumors have been teasing for a few weeks that Kyle Abbott could be heading back to Genoa City – and we desperately want them to come true. Summer and Austin are turning in to a boring old married couple, and Kyle’s return would definitely spice up their marriage.

Joe Clark Needs A GF: We get that Joe Clarke is brooding and secretly pining for his ex Avery. But, can’t he have a love interest in the meantime? Joe needs a girlfriend like…yesterday. It is a waste of such a hot man to have him running around town for business deals instead of wooing one of the Genoa City ladies.

Someone Get Pregnant Already: There are so many women on The Young and the Restless that should get pregnant right now, and none of them are Christine (but that’s another rant). How great it would it be if Hilary got pregnant and didn’t know if the father was Neil or Devon’s? Or Ashley could wind up pregnant and totally derail Victoria and Stitch’s relationship? Or Chelsea could get pregnant by Billy only to find out that her husband it still alive.

Cain & Lily Need Some Action: Cain and Lily were once considered a power couple on the CBS soap, now the only time we see them is when the writers need them to help other character’s storylines along. When was the last time they had a storyline of their own? Here’s to hoping they can scare up some action in 2015.

Expose Hilary & Devon: How much longer do we need to watch Hilary and Devon rip each other’s clothes off before they finally get caught? In our perfect world Neil will get his eyesight back and not tell anyone and walk in on Devon and Hilary and catch them in the act. Now, that’s a soap opera!

Get A New Billy: We don’t have anything against Burgess Jenkins, we’re sure he’s a great actor, but he’s not a great Billy Abbott. Half of the time he looks old enough to be Billy Abbott’s father. It’s almost laughable when Jack gives big brother advice to a man that looks older than him.

Save Michael Baldwin: Obviously the number one item on our The Young and the Restless Christmas list is that the writers spare Michael Baldwin and he overcomes cancer. But, at this point in the game it’s really not looking good. Y&R spoilers recently revealed that not only does Michael have Stage 3 cancer, but he is reluctant to begin treatment.

So Y&R fans, what would you put on your Christmas Wish List? Do you agree with ours, or would you add a few things? Do you think this is the end of Michael Baldwin? Do you like Burgess Jenkins as Billy, or do you think they should recast again? Let us know what you think in the comments below!