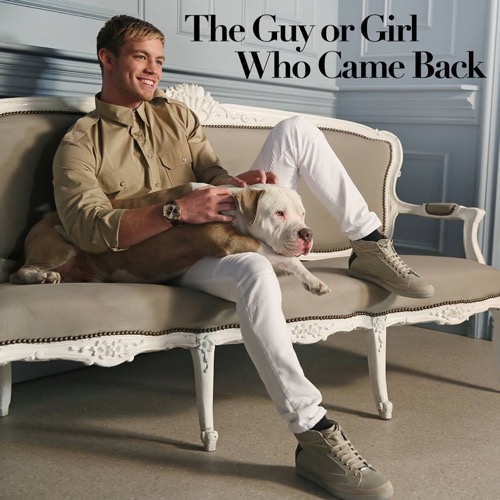 Tonight on CW Tyra Bank’s America’s Next Top Model (ANTM) continues with an all new Friday October 9, cycle 22 episode 10 called, “The Girl Who Became Bootyful” and we have your weekly recap below.  On tonight’s episode The models shoot a music video for Tyra’s new beauty line and former contestant Don Benjamin makes an appearance.

On the last episode the models attend go-sees at modeling agencies and are paired with a previously eliminated contestant, who may earn the chance to come back in the competition. Did you watch the last episode? If you missed it, we have a full and detailed recap right here for you.

On tonight’s episode as per the CW synopsis, “THE MODELS SHOOT A MUSIC VIDEO – The guys and girls shoot a music video for Tyra’s new beauty line, where former top model contestant Don Benjamin makes an appearance. During a photo shoot where the models have to pose in mid air, tensions run high as a few of the models have a hard time taking direction.”

We will be covering America’s Next Top Model tonight with all the up-to-the-minute details at 9PM EST so make sure to come back to this spot and watch the show with us. While you wait for the recap hit the comments and let us know what you think of all the changes they have made to ANTM this season!

#ANTM begins with Justin or Devin facing elimination. Tyra says one of them will go to Las Vegas and Devin is spared but Justin is going home. Tyra wishes him luck and he says he thinks Mame will move forward and hopes to keep in touch with her. The group packs for Vegas. Hadassah doesn’t like that Dustin is back and says he hasn’t earned it. Nyle is happy to have won best photo twice. Hadassah is happy with her second place in best photo.

Mame is upset that Justin lost his place to Dustin and she cries when she reads a letter that Justin left her. Dustin says he’s missing prom and graduation for this but is happy to be back. Hadassah wants to send Dustin packing this week. They make it to Vegas and go to SLS Las Vegas, a new place. They go up to their penthouse which is huge and ridiculous. They have present from Tyra waiting on them to welcome them to Vegas.

Then they head to the VIP bar for a party. They find Don Benjamin from cycle 20 and Yu Tsai. Don says they are listening to his song and Miss J says they have one shot to have a great photo taken as they jump into the pool. It’s just one take and they have to use their body, props and face well. Mikey is first. Then it’s Mame with a large bag. Dustin is next and he has a top hat. Devin gets a mirror as his prop. Lacey gets glasses and blocks her face. Lyle gets a martini shaker. Haddasah’s dress goes over her face.

Don announces the winner who gets a spa treatment is Mame. This is her fourth challenge win and she’s thrilled. Dustin came in second then Hadassah in third. Lyle and Devin are at the bottom. Dustin says Hadassah is bitchy to him all the time. Devin is upset he got a seven in the challenge and talks to Mikey about it. Devin wonders why Mikey is being distant from him. Mikey wants to focus on the competition and his game and not worry about Devin.

Tyra greets the aspiring models and tells them about her cosmetics line Tyra Beauty and says she wants to empower people because it’s direct selling. She says the beautytainers are her sales people. She says they shot commercials for it last cycle. Tyra says this time, they are shooting a music video for her theme song Bootyful. She says Stori is the artist who sang it and the models will lip sync it while Tyra directs the video shoot. They read over the lyrics to get to know them.

Lyle says this is hard since he’s deaf. Dustin flirts with the extras and Hadassah is annoyed with his flirting and thinks he’s not taking this seriously. Devin says he’s like a little kid in the house. Tyra shows up and asks if they’ve been practicing the lyrics. Tyra touches up their makeup. They each get a role in the video from make up artist to bartender to party host and beautytainer. Lacey is a shy and insecure girl who comes to the party. Dustin is struggling to act like they want.

Hadassah says Dustin is struggling because he didn’t practice enough on the lyrics. Yu Tsai and Tyra agree he doesn’t have enough energy and it’s just not working. Lyle is trying to make it work even though he can’t hear. They have him sign in the video too. Mikey says he has to kill it since Devin is doing well. Mikey kills it like a 90s rocker. Mame thinks Hadassah isn’t working it enough. Tyra tells them that’s it for day one and says to get some rest. They are back on set the next day.

Dustin is nervous but is still flirting instead of focusing. Hadassah tells him to give it a rest and says he’s not learned anything by being sent out. For day two they are all wearing crazy couture gear. They are shooting a party scene at the nightclub. Yu Tsai thinks Hadassah needs to fight for her moment. Mikey thinks Hadassah was thrilled to kiss him. Mikey ends up covered in lipstick. Dustin tries to bring more energy. Tyra is impressed.

Next is their runway scene – the last big one. Tyra does the runway and they have to follow her. They get mail telling them tomorrow they meet with the judges for their score. Miss J, and Kelly Cutrone are there with Tyra. They look at the best takes from the music video and then the video will play at the end of the show. Mame is up first. Miss J says the hallway wasn’t fierce enough. Tyra says she was too soft on the runway. Kelly says she needs to cut loose.

Next is Mikey. Tyra says he rocked it and Kelly says she would buy anything he was selling and looked like a rock star and a model. Tyra says motion is his thing and he worked the hair. Devin is next. Miss J asks why he’s wearing so much makeup. Miss J says it was fierce and Kelly says it’s proof that God has a place for all the creatures and says he brought a high fashion feel. Tyra says she was in awe of his hallway scene.

Next is Lacey. Tyra says her acting was spot on but she had a weak walk in the runway. Kelly says the clothes overwhelmed her and says a model it was meh. Next is Hadassah. Miss J says she ran into the wall and lost her balance. She says she was too prim and proper. Tyra says the kiss with Mikey was too much. Dustin is next and Miss J says the beginning was weak. Tyra says he seemed to be doubting himself. She says Nyle is deaf and he didn’t miss a beat. Tyra says he has potential to harness.

Nyle is last and Kelly says that she liked that he signed in the hallway and Tyra says how he signed too and had energetic signing too. Now they add the scores from the judges to the challenge scores. Tyra says best performance was Mikey. Second place was Devin. Lacey takes third. Mame takes fourth. Nyle takes fifth. Hadassah and Dustin step forward. They are in the bottom two. Tyra says Dustin got lost and confused on this and says his talent is hiding.

Tyra says Hadassah is frustrating the judges by being pent up and wonder if pageants are all she can do. Dustin is eliminated again and Hadassah is safe for now. Tyra tells her not to be perfect and to work harder. Tyra tells Dustin that he came back and conquered then floundered. He says he’s not sure why and Tyra says potential is not enough. We then see Tyra’s premiere video.