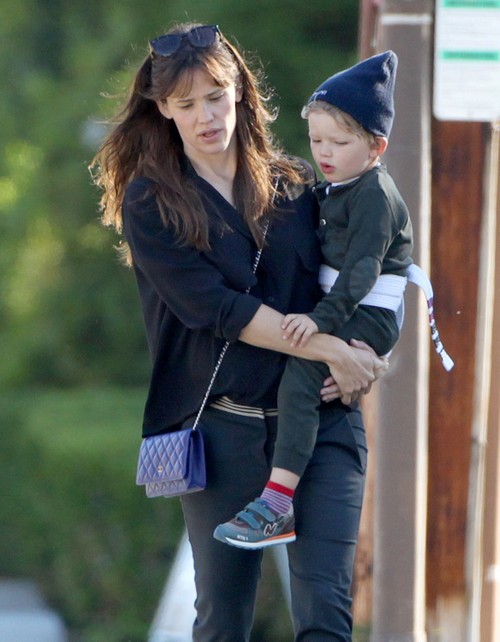 According to a new report Ben Affleck and Jennifer Garner have hired a sex guru to spice up a lacklustre love life. Ben Affleck and Jennifer Garner have been married for ten years and have four children together. Even in a non-celebrity world, that’s rare, and it’s commendable. Of course, you also have to discount the fact that few women would put up with a gambling addiction and endless rumors of cheating and affairs…

Either way, Ben’s marriage to Jennifer might look picture perfect on the outside, but sources tell the National Enquirer that it’s definitely suffering in the bedroom [perhaps because Ben’s getting his kicks elsewhere, cough cough].

The Enquirer’s source explains, “After 10 years and three kids, Jen’s been worried that some of the passion has gone.” So their solution? Hire a sex guru!

The source adds, “Jen says it’s made things so hot, she’s been burning off calories in bed! And Ben’s always asking her to slip away for a nooner.”

Don’t you guys agree? And do you find it surprising that Mrs. Prim and Proper would hire a sex guru, or knowing Ben Affleck, is it not all that surprising? I mean, she was willing to sit still and deal with all the cheating rumors – first on The Town, and then on Gone Girl – so maybe she thinks that this is the solution to all their problems. Or maybe she’s just willing to try anything at this point..

What do you  guys think? Let us know your thoughts in the comments below.