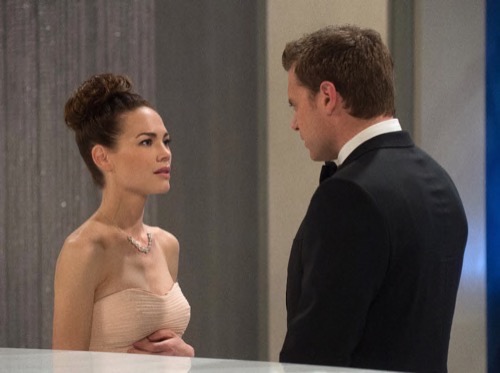 Now that Liz Webber (Rebecca Herbst) decided not to drop the Jason (Billy Miller) truth bomb at the Nurses Ball, things are about to get steamy in Port Charles. Check out these “General Hospital” spoilers for the Wednesday May 6 episode to see what’s coming soon.

At the end of Tuesday’s show, Liz came to find Jake Doe (Billy Miller) and the look they shared was heated enough to scorch paint off the walls. Liz feels horrible about what Ric Lansing (Rick Hearst) did to Jake and tells him that that everything Ric did to him is her fault. The good news is, Jake doesn’t care, he just wants to be with Liz. But first, he needs to play the hero in the upcoming mob war shootout…

Meanwhile, sexy Nathan West (Ryan Paevey) tells Ellie Trout (Emily Wilson) that their plan is working and anything can happen. It sure can. Today, Damien Spinelli (Bradford Anderson) will find Maxie Jones (Kirsten Storms) lurking backstage – looks like she may be waiting for Nathan. After watching Nathan with Ellie, both Maxie and The Jackal realize they want the other person and that their baby was what was holding them together. Score one for Ellie and Nathan. 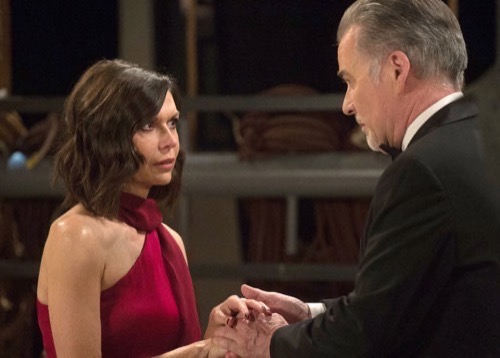 Anna Devane (Finola Hughes) finds Duke Lavery (Ian Buchanan) – she wants to talk about their feelings. Anna still loves him and Duke still loves her. Will he finally ask why Commish Sloane (Grayson McCouch) was in her room in a towel. Anna and Duke are chatting on a balcony outside the Nurses Ball. Is Carlos Rivera (Jeffrey Vincent Parise) lurking to take another shot at Duke? And where is Bruce? Duke just gave him a green light to shoot Jordan Ashford (Vinessa Antoine).

Too bad it’s Bruce that will end up in the body bag. Jake doubts Sloane’s assessment of who the Jeromes are planning to hit and knows it makes no sense that it’s Jordan. And it will also become clear to Shawn Butler (Sean Blakemore) that Julian isn’t after Jordan – particularly after he confronts Julian Jerome (William deVry) and doesn’t get the response he was expecting. Shawn will figure out Duke lied to him – maybe Shawn will be the one to take a shot at Duke. Hmm…

And speaking of secrets – Sam Morgan (Kelly Monaco) wants to talk to Olivia Falconeri (Lisa LoCicero). She’s ready to confront Olivia about the paternity of her baby. And it’s just in time, too, since Olivia will be going into premature labor any day now. Likely Sam won’t bust out the truth right then – interruptions are set to happen to close out the Nurses Ball with a bang – a big bang. Will gunfire or panic cut off the conversation or will Ned Ashton (Wally Kurth) cover for Olivia?

And, now that Hayden Barnes (Rebecca Budig) is free of her fake hubby, she heads to Wyndemere and waits naked in Nikolas Cassadine’s (Tyler Christopher) bed. Hayden has two things on her mind – sex and money. Hayden is ready to be Nik’s full time lover and wants to come shack up at the mansion since she knows that she won’t be welcome at the MetroCourt again. Hayden needs a place to stay and needs some cash. She really needed that money that Ric was paying her.

Nik will be hesitant to take her up on her seductive offer, but Hayden has another card to play. She’s got some new information and will use it to blackmail Nikolas. Wyndemere is getting crowded – he’s already adopted Valerie Spencer (Brytni Sarpi) and now he’ll have Hayden. Good thing that Spencer (Nicolas Bechtel) likes women who are devious – he did fall hook line and sinker for Britta Westbourne (Kelly Thiebaud) after all, so he may like Hayden as well.

Be sure to check back with CDL for more “General Hospital” spoilers and gossip after today’s episode of GH!