Jaden Smith Photographed In A Dress – Will Smith in Shock? 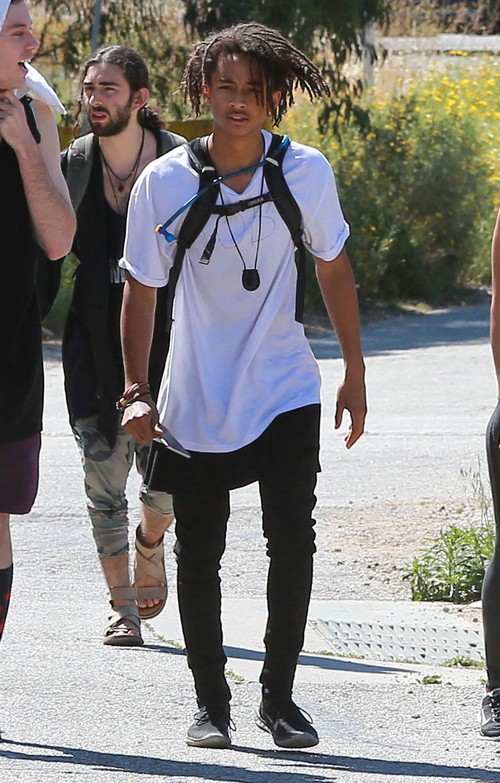 Jaden Smith and his sister Willow Smith have constantly been trendsetters, and have never been afraid to show off their unique fashion sense. This, however, is one trend that I don’t think I’ll be able to get into anytime soon.

The fashionable son of Will Smith and Jada Pinkett Smith revealed his newest look in Calabasas, CA, on Thursday April 9; dresses. That’s right, female clothing. He was photographed wearing a pair of denim shorts, with a black dress layered on top of the shorts, and a white tank top, on top of the dress.

While Jaden Smith is known for wearing clothes that do not necessarily fit the mold, this is definitely taking it to a whole new lever, even for him. Perhaps the androgynous look will be Jaden’s new thing. He recently posted a photo of himself on Instagram, Tuesday April 7, wearing a black and white striped t-shirt dress from Top Shop. He added the caption, “Went to TopShop to buy some Girl Clothes I Mean ‘Clothes.” 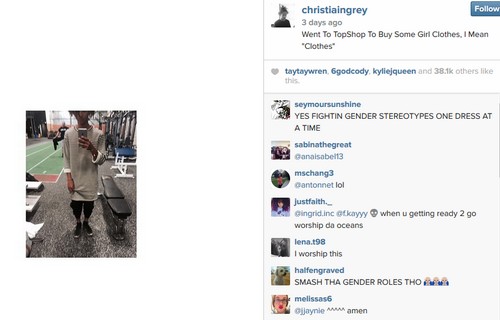 It seems that Jaden is trying to continue the trend of men wearing ,what used to be considered, feminine clothing. Kanye West, Marc Jacobs, Justin Bieber, Vin Disel, and Jared Leto, have all been spotted wearing skirts, or extra long t-shirts that look like dresses.

Jaden Smith also took to Twitter, admitting that he was wearing a dress. He said, “That Moment When Your Wearing A Dress With No Pants And You Swerve Way To Hard.” It seems his grammar is as atrocious as his style.

Jaden Smith and Willow Smith are certainly not afraid to be different from others. The two have recently been associated with Kylie Jenner, who is also going through a rebel phase, dying her hair different colors weekly, and wearing provocative clothing, making her look way older than she actually is.

What do you think of Jaden’s new fashion sense? Are you a fan of dresses and feminine clothes on males, or do you think he is just another rich kid with too much time on his hands?