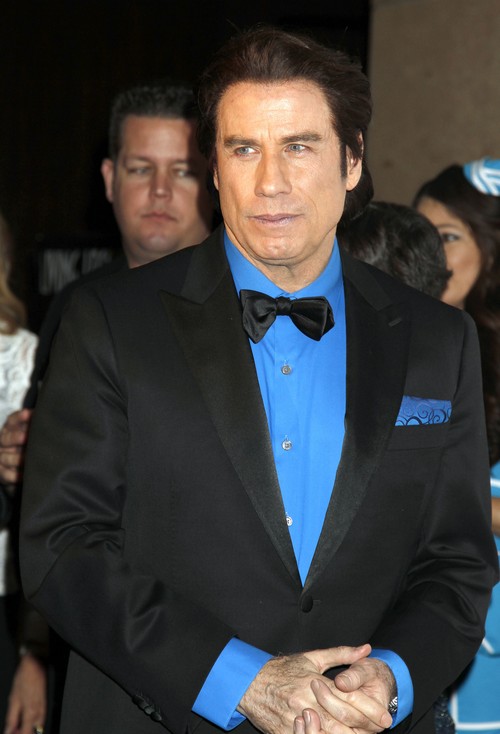 A John Travolta and Kelly Preston divorce is long overdue given all the rumors and evidence over the years that John is gay. John Travolta and Kelly Preston have been married for 23 years, and easily have one of the longest-lasting marriages in Hollywood. But, rumors of the couple divorcing began spreading in 2009 after their son Jett past away and have gradually gained traction over the years. But, according to a new report from GLOBE Magazine John Travolta’s close friend ex co-star Olivia Newton John is working tirelessly to help John and Kelly save their marriage and get back on track.

The March 9th edition of GLOBE Magazine reveals, “John and Kelly who have two kids, Ella and Benjamin, have been living separate lives for the past two years. He spends most of his time at their house in Florida, while she has been based in Los Angeles. The couple, who have been wed for 23 years are said to be headed to a divorce.” According to the magazine’s inside sources, Olivia Newton John has been doing everything in her power to get John Travolta and Kelly Preston back on the same page before they pull the plug on the marriage they took over two decades to build.

GLOBE Magazine’s inside source dished, “Olivia has been making a last-ditch attempt to bring them back together. They are struggling to make their marriage work and their issues break Olivia’s heart. Olivia has lost track of the number of late-night phone calls she has had with one or the other of them – sometimes both of them. Often they get quite tearful as they discuss their problems. Olivia has gotten John and Kelly talking again, but they need to spend more time together if they are going to give their marriage a chance.”

John Travolta and Kelly Preston’s marriage has been on the verge of a divorce for years – it’s sweet of Olivia Newton John to try and help them now but the Grease star is a little late. John and Kelly have been feuding forever, and the damage has already been done to their marriage. Do you think John Travolta and Kelly Preston’s marriage is as good as over, or will they be able to avoid a divorce? Let us know what you think in the comments below!