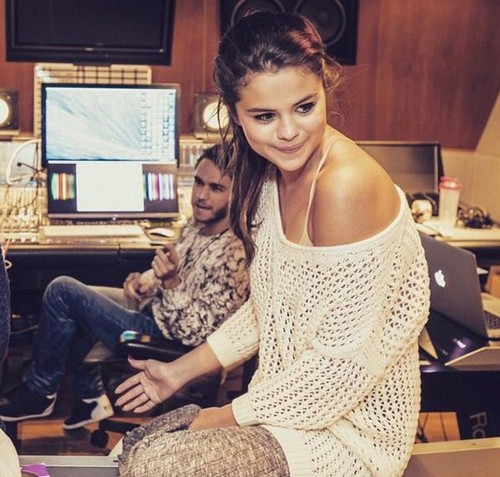 Selena Gomez is in love with Zedd but Justin Bieber wants her back and blames Hailey Baldwin for losing Selena to Zedd, is that fair? Hailey Baldwin may not have succeeded in scoring a commitment from Justin Bieber, who is still broken over losing Selena Gomez to Zedd, but she did just score a great gig as Topshop’s newest campaign star. Well, at least tolerating all those dates that went nowhere with Justin Bieber did pay off for the up and coming model Hailey Baldwin. Hailey was at Justin’s beck and call for months in hopes of winning his heart but fell short when he unwittingly fell back in love with ex Selena Gomez after seeing her with DJ/Producer Zedd. While Justin traveled with Hailey and her friends and family over the holidays, he never committed to her. In fact, he was irritated by how quickly she was moving. He felt she was looking too deeply into the relationship which he intended to be just for fun.

While Justin initially planned to play the field that all came to a halt when he began seeing his ex-love Selena Gomez happy and in a relationship with former mutual friend DJ/Producer Zedd. Selena and Zedd have increasingly become closer and their relationship stronger as the two have been inseparable. Zedd has even traveled to Atlanta with Selena as she is there filming the movie, Revised Fundamentals of Caregiving. Selena and Zedd have been posting pics of their happy relationship—which started as just work but evolved into play as well.

Now, as Justin Bieber attempts to redeem himself and earn back the legions of fans he’s lost with his bad behavior, he is still hoping to send a message to Selena that he has truly changed this time. Justin is working overtime to show a genuine effort towards changing his life around. It doesn’t look like it is working, however, as Zedd just posted another photo of Selena, smiling in the studio with him. As CDL reported, Zedd has sent a message through friends to Justin…that he is not going anywhere. Selena is loving the comfort of a solid, stable relationship with a man who expresses extreme interest in her and shows love for her. Selena is telling friends she’d never have to worry about Zedd cheating—for the first time she is in a mature relationship with a man she can trust.

Though all signs seem to point to a happy coupledom between Selena and Zedd, Justin still has no plans on getting back together with Hailey. In fact, Justin resents Hailey because he feels she was flaunting the relationship on Instagram and that likely helped push Selena away.

Well, at least Hailey came out with something from the relationship and got out before he could damage her the way he damaged Selena!