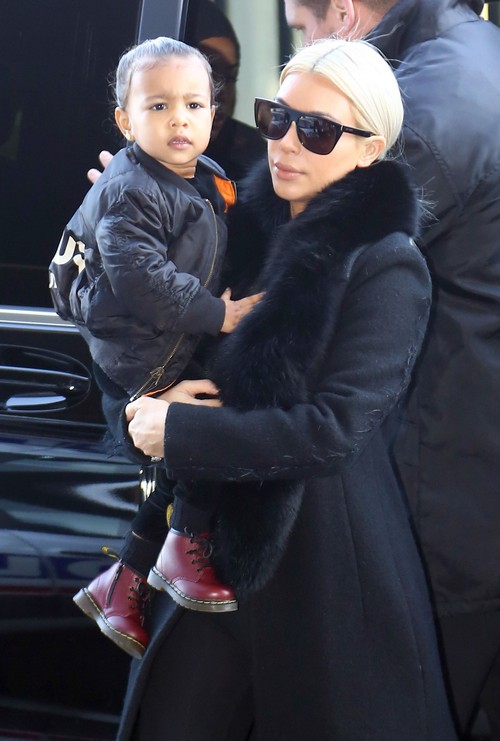 Kim Kardashian’s divorce and custody battle over North West will be epic but expect Kanye West to pull out all the stops to sink the Kardashian ship. Paris Fashion Week has officially come to a close – and that means Kim Kardashian and Kanye West’s divorce is back on. In the days leading up to Paris Fashion Week, Kim was spotted not wearing her wedding ring, meeting with divorce attorneys, and she even sold an exclusive divorce story to a weekly gossip magazine. When Fashion Week kicked off, Kim and Kanye reportedly put their divorce on the backburner so that they could take the Kimye showmance on the road to Paris. The couple was spotted at every fashion show and red carpet event they could fit in to their schedule, hanging all over each other, and conducting some over-the-top PDA.

Kim Kardashian and Kanye West are desperately trying to expand their empires in to the high-fashion world, but they need each other to do so. It didn’t really come as a surprise that they put their divorce on the backburner so that they could promote themselves all over Paris during the week-long extravaganza. But, now that Fashion Week is over – so is Kimye. Kim Kardashian was photographed on March 12th with North West in tow leaving Paris. Kim and North left the Royal Monceau Hotel and headed to Charles-de-Gaulle Airport, they grabbed the first flight back to Los Angeles – and Kanye West was nowhere in sight.

Kim and Kanye’s marriage has been basically over for months now. The Keeping Up With The Kardashian star has been desperately trying to get pregnant with a second baby – in hopes that it would save their relationship. But, after months of unsuccessfully trying to get pregnant, Kim has given up hope and has begun the divorce proceedings. Of course Kim’s momager Kris Jenner has been encouraging her daughter to sever ties from the controversial and crazy rapper for a while now – and is poised to make her and her daughter millions of dollars over the news.

It will be interesting to watch the messy divorce and North West custody battle play out. Do you think Kim Kardashian will take Kanye for every penny that he is worth? Who will get custody of North West? Is there still a chance their marriage could be saved? Let us know what you think in the comments below!

Kim Kardashian and her daughter North West leave the Royal Monceau hotel and go to the Charles-de-Gaulle airport on March 12, 2015 – FameFlynet