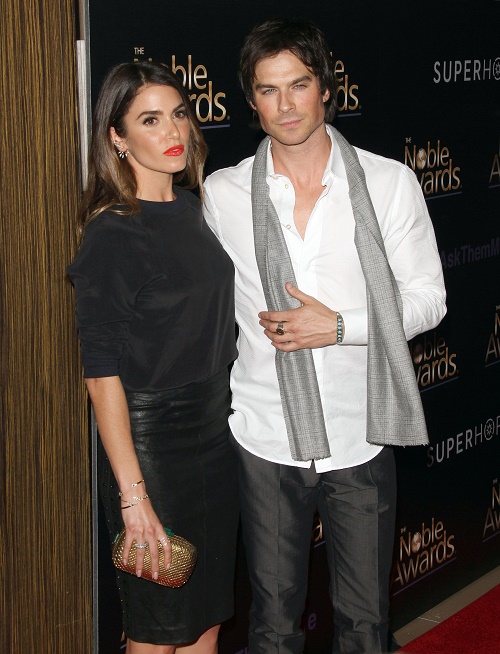 Nina Dobrev officially quit The Vampire Diaries after six seasons on the popular CW television show, and rumor has it her break-up with Ian Somerhalder is to blame. Nina Dobrev rose to super-stardom after she landed the role on the primetime sudser and began dating her hunky co-star Somerhalder. Nina and Ian’s characters Elena and Damon acquired a following of their own throughout the seasons. But the show began to tank when Nina and Ian broke up, and he began dating her ex-BFF Nikki Reed – they’re now engaged.

According to Star Magazine, Nina Dobrev insists the reason that she quit the show was so that she could expand her career and begin landing roles in movies. But the tabloid goes on to explain that Nina isn’t being completely honest – and she actually quit the show because she was tired of watching her ex-boyfriend and ex-BFF parade around the set together and rub their engagement in her face.

Star Magazine reveals, “While Nina insists that her recently announced decision to leave the CW show was part of a long-term career plan, sources say the real reason she quit was because she couldn’t stand to see costar Ian Somerhalder with another woman.” Star’s source insists, “Nikki didn’t feel like she did anything wrong, but Nina did. She had confided in Nikki about Ian and felt used. Seeing them together made it not fun to come to work anymore.”

Nina Dobrev has been the center of attention since she joined The Vampire Diaries, and watching her ex-BFF Nikki get the engagement ring she thought she deserved and her spot in the weekly tabloids is clearly a tough pill for her to swallow. Regardless of whether Nina quit or not because of this situation, The Vampire Diaries has been a sinking ship since Nina and Ian broke up – so we can’t really blame her for abandoning the show.

Do you believe that Nina left because she wanted to start starring in movies? Or is it because of her break-up with Ian Somerhalder? Let us know what you think in the comments below!