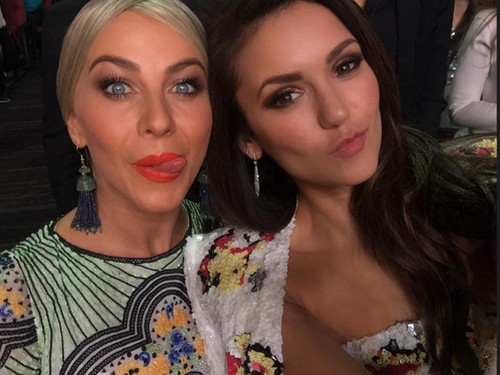 Nina Dobrev won’t work with Ian Somerhalder ever again, even if it means “The Vampire Diaries” gets cancelled. Even though “TVD” is sinking faster than the Titanic right now, Nina just can’t even stomach working with Ian again and refuses to be on set with her former flame.

Dobrev has been firm about now wanting to return to her former stomping grounds on The CW. Nina Dobrev has also taken a couple of subtle jabs at Somerhalder and the rest of the case when the former “TVD” actress announced that she was choosing new roles more carefully and that she wanted to be challenged by deeper, darker roles.

Ian Somerhalder is fine with Dobrev’s refusal to work with him on “The Vampire Diaries.” The Louisiana native even considered giving notice himself if Nina came back to the show. Unfortunately, without Nina Dobrev, the ratings for “TVD” have fallen so badly for The CW supernatural drama has been moved to a dreaded Friday night time slot.

Every actor knows when their show goes to Friday night, it’s only a matter of time before they are off the air entirely.

Somerhalder is reportedly relieved that Dobrev refuses to return to “TVD” but he knows it likely means the end of the show. Ian has no other projects on the horizon and it’s worrisome to be looking at a looming cancellation.

Ian has been so busy enjoying his new married life with Nikki Reed that he hasn’t focused on staying relevant after his current show goes off the air. Even considering all the uncertainty of looking for a long lasting acting gig again, Somerhalder still is glad that Nina won’t be coming back.

Even though Ian knows his show is suffering, he still took the opportunity to take a jab at Nina in a recent Variety interview. When asked about how “TVD” is doing without Dobrev playing Elena Gilbert, Ian Somerhalder said it was definitely different on set.

Ian admitted “everyone thought it was going to be a huge departure after Elena (Nina Dobrev) was gone. And I was one of those people.” What Somerhalder didn’t say is that not having to deal with Dobrev on set anymore was actually a huge relief.