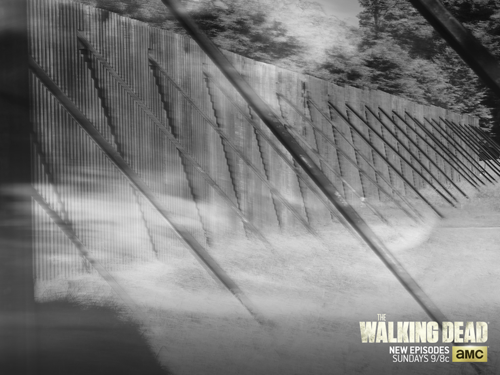 The Walking Dead season 6 spoilers continue to reveal several character deaths are coming and a major character loss is coming very soon! Fans better be prepared to let go of some of those Alexandria residents, because the breach of the Safe Zone’s walls by the walkers will result in a body count of TWD characters you might have grown attached to.

In this Sunday’s episode of The Walking Dead season 6 episode 8 titled ‘Start to Finish,’ the walls of Alexandria have been broken and a portion of the herd invades to feast on the weaker residents of the Safe Zone. In the melee, several characters meet their end. Thanks to TWD spoilers, one of those characters have been confirmed and other strong possibilities revealed…

Several Alexandrian extras will become zombie-food, and Deanna will one of the many who die. The head of the town will go down saving Rick’s life, but not before she has a touching moment with Grimes and Michonne.

Jessie is another main(-ish) characters who also gets killed on The Walking Dead. Her death has not been confirmed, but it’s a very strong possibility. Sam and Ron are also very likely to die in this action-packed episode. What’s interesting about those deaths leads to a major character loss…

As CDL has covered, Chandler Riggs, who plays Carl, was spotted on set with bandage over his eye. In the graphic novels, Carl is shot in the eye and nearly dies after Jessie almost drags him down with her as she is attacked by walkers. It looks like this comic book plot will happen in the show! The loss of Carl’s eye will be an interesting dynamic and one hopes AMC doesn’t suddenly try to jump the shark again circa Glenn’s faked death.

A few other spoilers for season 6, episode 8 of TWD…According to The Spoiling Dead, Father Gabriel will finally step up and find his testicular fortitude. After being on the backburner annoying everyone, Gabriel will wield a machete and bail out Rick and the group during the walker invasion. After opening up the doors of the church for Alexandrians to seek refuge, Father Gabriel has a moment of redemption that fans will appreciate.

What do you think of the spoilers for season 6 of The Walking Dead? Are you dreading the death of several characters and the major character’s loss of an eye? Let us know your opinions in the comment section below and keep checking CDL for more spoilers, news, and plot reveals for TWD.