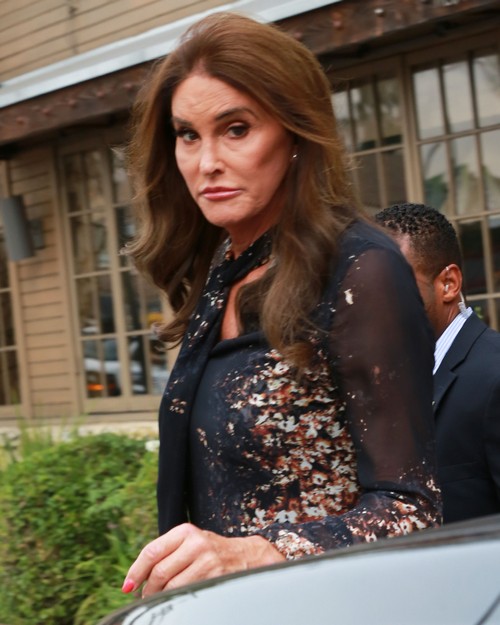 Caitlyn Jenner was ignorantly mocked on New Year’s Day in the famous Mummer’s Parade in Philadelphia. The skit carried out in one of America’s most popular parades took a joke about Cait so far that the trans community and all fair-minded people, regardless of sexual identification, are outraged and disgusted.

For the most part, Caitlyn Jenner has been met with quite a bit of support and praise over the past year as she transitioned from Bruce. Cait has been the recipient of many awards and honors in the short time but certainly not everyone was comfortable with the gender switch.

That was never more evident than New Year’s Day at the popular yet controversial Mummer’s Parade in Philadelphia. The folk parade has a long history dating back to the mid-seventeenth century. Parade participants have been known in the past to wear blackface, which was phased out in the 1960’s.

The tradition of using satire and off-color humor in the skits and floats has continued on over the years but this year it seem the Mummer’s Parade has gone too far.

In a shocking display on New Year’s Day, the Finnegan New Year’s Brigade float featured a man dressed as Bruce Jenner, who came marching out in front of a Wheaties box with Jenner on the front. The Olympic Fanfare and Theme that is playing in the background quickly changes to the Diana Ross hit I’m Coming Out.

At that point, the Bruce Jenner impersonator is loaded into a wheelchair and carted off into the crowd by some clown-doctor hybrid. Of course, we all know what’s coming but it was still shocking to see. After disappearing into the crowd, the music switches to Aerosmith’s Dude Looks Like A Lady and a very unremarkable version of Caitlyn Jenner emerges from the crowd.

Meanwhile, the other members of the Finnegan New Year’s Brigade switch around their signs that first showed flags and other various Olympic symbols. Instead, they had the Bruce Jenner Wheaties box on one side and a Fruit Loops box on the other with a picture of Caitlyn Jenner.

The New York Daily News was filming the parade live when their cameras caught one of the Finnegan members chanting anti-gay slurs right into the camera. The film went viral and immediate caught the wrath of the trans community. After blasting video of the homophobic rant, the offensive member is said to have been banned from the parade going forward.

The whole display at the 2015 Mummer’s Parade has offended quite a few people, with many on Twitter discussing the “disgusting” and “tasteless” parade float and skit.

There was so much uproar from the trans community and supporters of LGBT rights that the mayor-elect of Philadelphia was forced to do damage control. “It was bad. Hurtful to many Philadelphians. Our Trans Citizens do not deserve this type of satire/insult. #Berespectful,” Mayor-elect Jim Kenney tweeted.

Caitlyn Jenner, who was mocked mercilessly during the Philadelphia parade, has not commented publicly on the New Year’s Day humiliation. It would be very understandable if Cait was very hurt and upset after being turned into a mockery.

Bullies are always ugly. We are not impressed at CDL – this attack on Caitlyn wasn’t an exercise of free speech – it was an incitement to violence, hatred and prejudice against a minority. As such it has no place in a free and fair society.