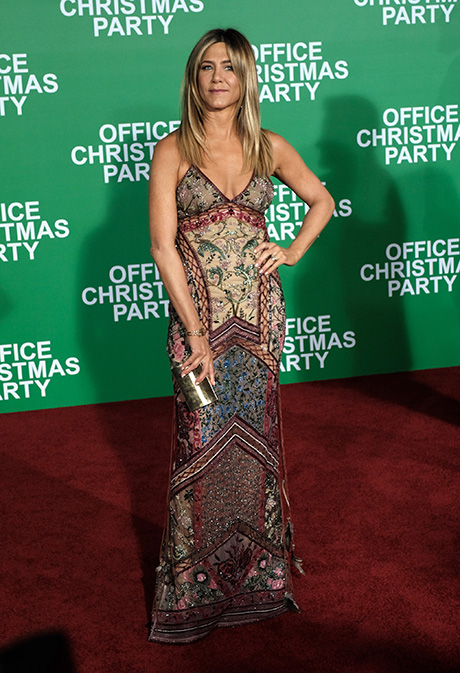 Critics are panning Jennifer Aniston’s latest movie, ‘Office Christmas Party.’ In fact, some are even saying that this might be Jennifer’s worst movie yet. Many have so far called the film ‘stale’ and full of ‘strained shtick,’ making it the worst comedy of the year.

The film is about an uptight CEO, played by Jennifer Aniston, who threatens to shut down one office branch. The Rolling Stone called ‘Office Christmas Party’ “Holiday raunch-com that is lump sh*t in your stocking.” The Hollywood Reporter described it as “a frenetic grab bag of strained shtick.” TheWrap.com dubbed it a “witless and stale comedy,” adding that the movie is “embarrassing itself by humping our leg dressed as Santa hoping we laugh.” 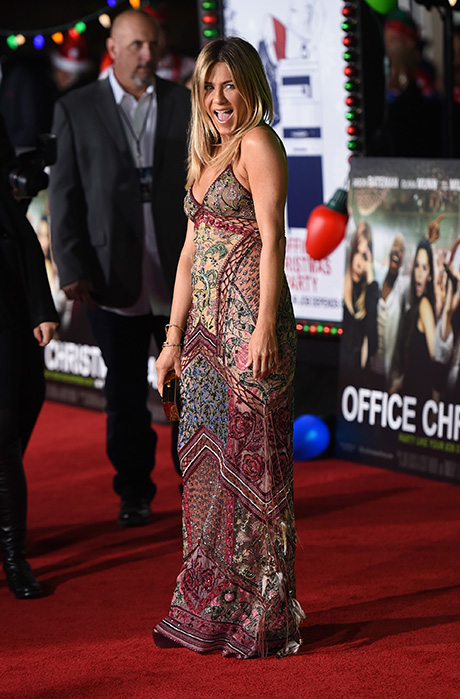 Of course, fans aren’t surprised that critics are slamming Jennifer’s movie. Sources close to Jennifer say she knows her movies are getting panned. But for one reason or another, Jennifer is signing on to these movies anyway. If that weren’t bad enough, some critics are even calling Jennifer a low-key actor who can’t make any money at the box office. Others are urging her to quit the industry altogether.

Yet, Jennifer’s A-list name recognition is why she manages to generate publicity even when her films flop at the movie theaters. And that’s why some critics are saying that Jennifer should reconsider the decisions she is making and reassess her career before making another movie dud. 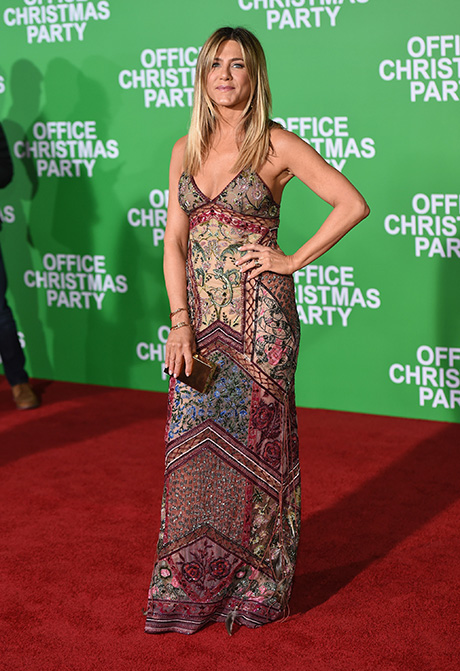 Jennifer Aniston hasn’t had a hit movie in years. Many critics have noted that Jennifer’s last several movies, which have included, ‘Mother’s Day,’ ‘We’re The Millers,’ and ‘She’s Funny That Way’ have all been commercial flops.

If that weren’t enough, sources say that Jennifer herself is worried about the future of her career as well. The last time she filmed anything Oscar-worthy was 2014’s ‘Cake.’ Jennifer was hoping to get a nomination for Best Actress that year but was shut out by the academy. Since then, she’s been making movies that have consistently bombed at the box office. 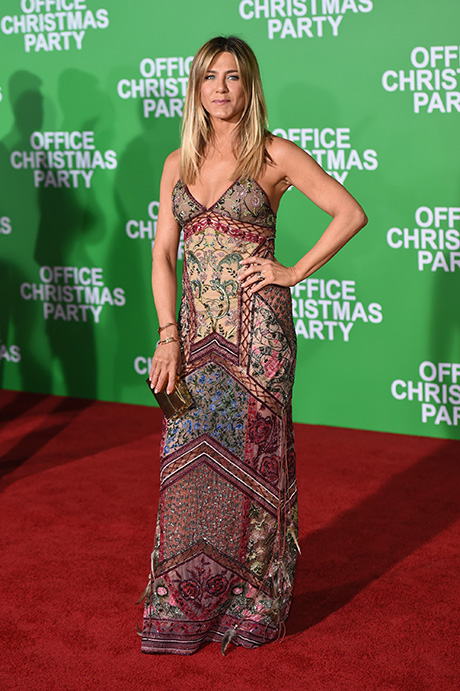 Are you surprised that critics are panning Jennifer’s latest film? Do you plan on seeing the movie in theaters this week? Or should Jennifer consider quitting Hollywood altogether? Or should she simply take a break from the entertainment industry. Drop us a line with your thoughts in our comments section below. Also, check back with CDL for all the latest news on Jennifer Aniston.