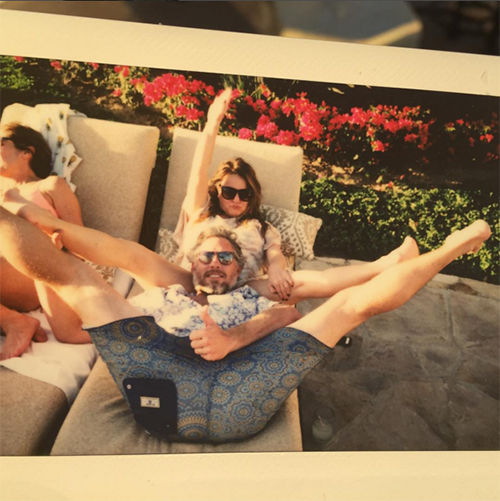 Tina Simpson celebrated her 56th birthday in Mexico, enjoying the sun, sand, and son-in-law between her legs. Er, um…what?! Yes, we all did a double take when we saw the photo above. Jessica Simpson joined her mother in Mexico to celebrate her big birthday, but did she really need to share her husband, Eric Smith, with her mother’s crotch? Aren’t there more appropriate “gifts” to give your mother?

Jessica Simpson was joined by her sister, Ashlee Simpson, as well as her two kids, Bronx Mowgli and Jagger Snow. Ashlee’s husband, Evan Ross, was also in attendance. Jessica’s kids were also there – to witness their daddy between their grandma’s legs.

Thankfully, Tina Simpson refrained from taking snaps with Evan Ross between her legs as well. I mean, you have to draw the line somewhere, right? Or maybe she and Evan just don’t have that kind of relationship.

Who do you suppose took that picture anyhow? Do you think Jessica Simpson was behind the camera? Or was she away from the scene when it went down and only found out after the fact?

It’s definitely a positive thing when your husband and you mother have a good relationship. No one wants to have to deal with the drama of an in-law hating you. But there is also an invisible line with this kind of relationship, and it really shouldn’t be crossed – it makes us all squirm.

On a positive note, it is very nice to see Jessica Simpson and her sister as close as ever with their mom. After all the years in the spotlight, controversy, divorces, etc…the mother-daughter trio has stayed strong and they all remain close. So cheers to that!

What do you CDL readers think about the fairly strange photo? Sound off in the comments below!