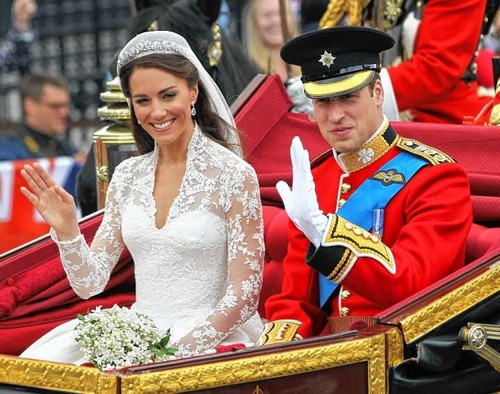 Need more Kate Middleton and Prince William? Get ready for the four-part television documentary called ‘William And Kate: The Journey’ which will celebrate the Duke and Duchess of Cambridge’s fifth wedding anniversary.

A press release describes William And Kate: The Journey as an “inside look at the most talked about couples of the millennium.” It gets better! The press release goes on to say, “The Journey relives these momentous milestones and will provide unique insight into one of the greatest love stories of the century.”

One more thing we have to share from the press release! From part one of the documentary – The Royal Engagement –“Their relationship has solidified into a truly inseparable partnership and they are now one of the world’s most respected and famous couples.”

We could go on for days about the descriptions of each part of this documentary. The most talked about couple of the millennium? Yes, that is true. However the talk isn’t always good. Take the great Easter scandal of 2016 or the secret family ski trip that the Cambridge’s took while employees of the Royal household wages were cut.

One of the greatest love stories of the century? Like Princess Diana and Prince Charles fairytale of a marriage? The one that involved Prince Charles continuing his longtime affair with a very married Camilla Parker-Bowles?

You can’t have a great love story if there are adulterous affairs involved. For years Prince William has embarrassed Kate Middleton by refusing to end his friendship with Jecca Craig. Of course no one has admitted it, but we have all guessed that Jecca and Prince William never ended their romantic relationship.

There are two additional parts to this farce of a documentary. Parts three and four will celebrate the births of Prince George and Princess Charlotte. Should Kate Middleton be given a medal for giving birth to the heir and the spare? Wasn’t that the Duchess of Cambridge’s specific job?