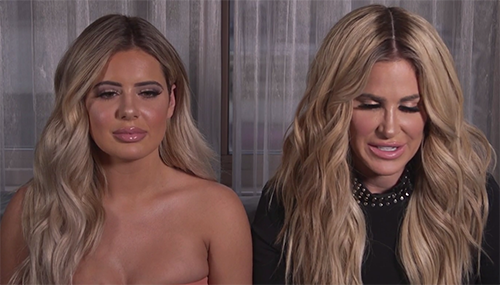 Kroy Biermann has talked to a few NFL teams since being cut from the Buffalo Bills. Things don’t look good for the former Atlanta Falcon and he might retire from the NFL all-together. What will Kroy do all day? Biermann would be a house husband and stay-at-home father. That would be an interesting twist for the ‘Don’t Be Tardy’ for the family.

Since her days on ‘The Real Housewives of Atlanta’ Kim Zolciak has been working hard to keep the money rolling in to support the family’s lavish lifestyle. In a recent interview Kim indicated that she’d like to see Biermann get into broadcasting or even coaching.

But it seems Biermann has other ideas and taking on a job coaching an NFL team would be just too much for him. Why? Is it beneath Kroy Biermann to go from NFL player to coaching? Seems Biermann would prefer that Kim keep paying the bills while he takes on daddy duty hustling the couples six kids around to town.

Since Biermann got dumped by the Buffalo Bills he’s been home with the kids and prefers it to working. In an interview with Bravo Daily Dish Biermann revealed, “I love my family and I feel like it’s second nature to me to be a father and a husband. I joke with Kim sometimes I should be a stay-at-home dad.”

With four young kids running around the mansion – KJ, 5, Kash, 4, and twins Kane and Kaia, 2 – Kim Zolciak currently has an army of nannies and other household help. Biermann does not need to be a stay-at-home dad and house husband.

If Biermann doesn’t get back to work soon the former ‘RHOA’ isn’t going to be able to afford any outside help to take care of the four youngsters and two teenagers. Kim will have no choice but to accept the fact that Biermann will be the one home taking care of the house and the kids. 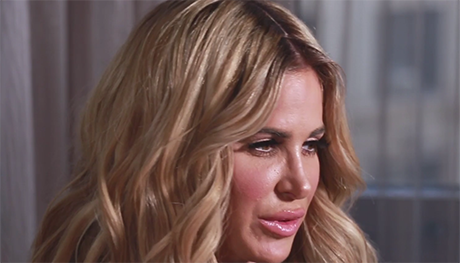 There has been talk that Kim wants to have another baby in an attempt to save the marriage. This latest game plan of Kroy Biermann’s might have Kim Zolciak rethinking that idea.

If Biermann isn’t bringing in the big bucks and is sitting home with the kids, that could send the couple straight to divorce court. Kim’s used to men taking care of her, not the other way around.