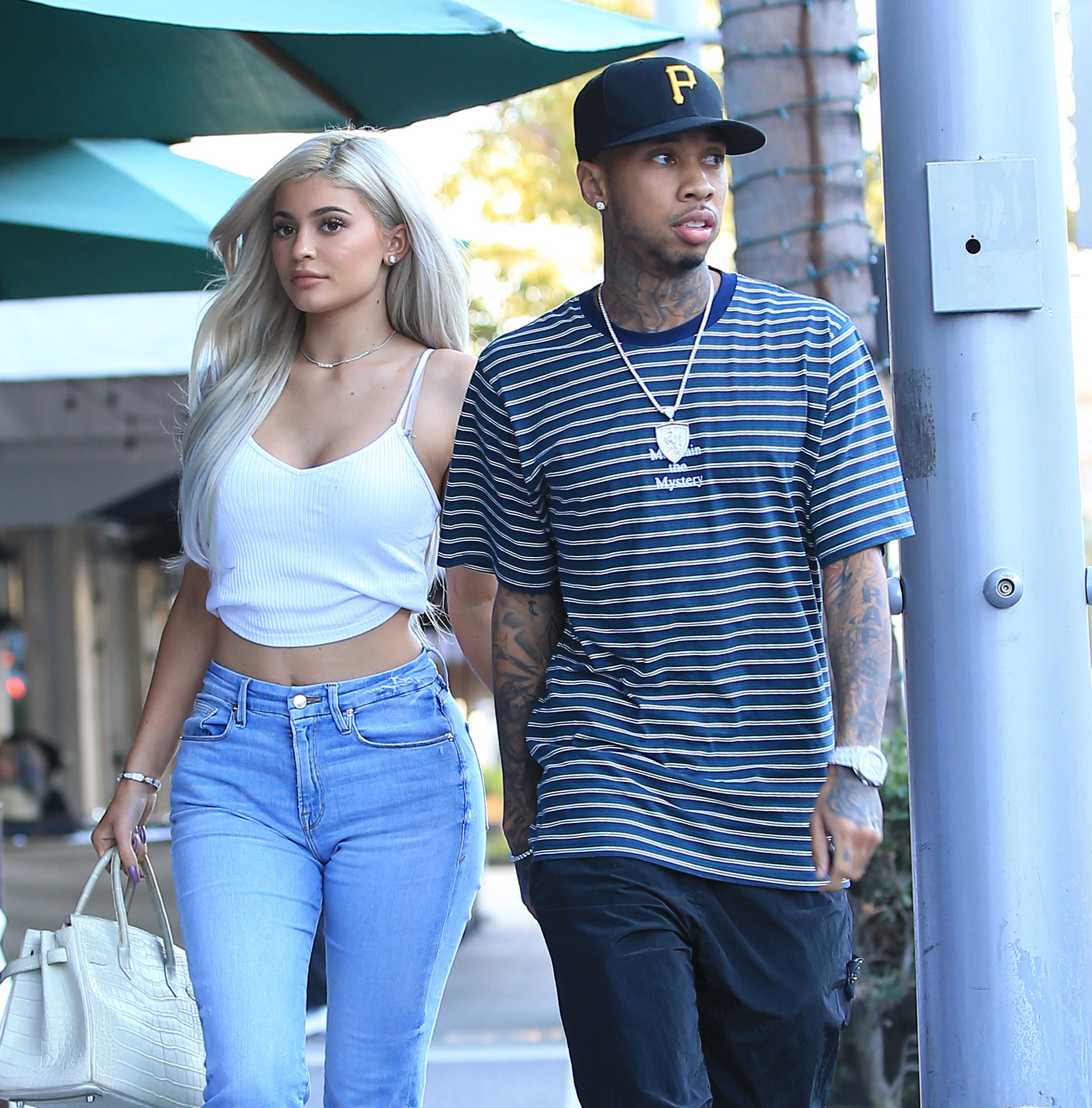 Kylie Jenner posted some topless photos on her Instagram for her boyfriend Tyga’s 27th birthday Saturday, November 19. The 19-year-old Jenner sister is constantly trying to outdo her soon to be sister-in-law Blac Chyna, even after she just gave birth to the next generation of Kardashian, Dream Kardashian, barely a week ago.

The social media starlet posted professional shots of her basically straddling her boyfriend who is officially 8 years her elder today – topless. The photos read “Happy birthday baby” and “Irreplaceable” and have racked up around 4 million likes combined since they were posted a few hours ago.

This also comes after Kylie Jenner posted racy photos yesterday for her upcoming Los Angeles pop-up shop. The teen is photographed in sultry positions in sheer black lingerie where here bare nipples are showing and is even smoking a cigarette in one of the photos. Although a glass of wine would’ve matched better with the scenario, she isn’t old enough to drink yet (legally).

On Thursday, Kylie Jenner threw a surprise party with Tyga and Blac Chyna’s son King Cairo. She shared the sweet clip of King surprising his daddy when he walked in the room along with Nanny Joy on her Instagram.

Sources say that Blac Chyna is unbothered by Kylie’s close relationship with King and Tyga. After all she just gave birth to the future generation of Kardashians and by past interviews she and soon to be huby Rob Kardashian want many, many more – after the wedding of course.

However other sources do say that Blac Chyna thinks that Kylie is straight up trashy. She thinks she just wants attention because all the attention has been on baby Kardashian (come on, the newborn racked up thousands of followers on her Instagram account that was made right after she was born).

Kylie would apparently do anything to get back in the spotlight even if that means basically stripping down nude in the footsteps of her older sisters. However, eyes were still on Chyna after she made her first public appearance post-baby on a run to a health food shop with a friend and a camera crew according to E Online.

Do you think Kylie Jenner is jealous of Blac Chyna? Or is it the other way around? Let us know in the comments!