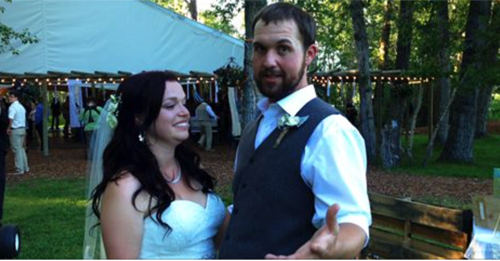 TLC’s reality show Sister Wives returns tonight with an all-new Sunday, June 19, season 6 episode 21 called “Hawaiian Vacation Erupts” and we have your weekly recap below. On tonight’s episode, the Browns’ Hawaiian vacation devolves into fights over parking cars and where to put the beach umbrella.

On the last episode, in the first half of a combined episode, the Browns got ready for a trip to Hawaii, but Robyn worried about traveling with a baby, and Meri and Janelle continued their therapy sessions. Did you watch the last episode? If you missed it we have a full and detailed recap right here for you.

On tonight’s episode as per TLC’s synopsis, “The Browns’ Hawaiian vacation devolves into fights over parking cars and where to put the beach umbrella. Meanwhile, Kody and Meri try to figure out where their relationship went wrong.”

The Browns were in Hawaii and unfortunately the corporate retreat center that they rented was beginning to feel crowded on tonight’s episode of “Sister Wives”.

The family as it turns out had all apparently needed time to get readjusted to each other. The family hadn’t stayed together in one house or have even been under the same roof in a quite a long time. So the older kids needed to understand that their dad was in charge again and that they needed to follow his lead. And the younger kids in the meantime just needed to remember to listen to their dad rather than ignore him because they were having conversations of their own. But what was important was respect and Kody didn’t feel respected.

Kody was in charge and he had wanted his family to remember to acknowledge that. He was the head of their family and, like he said, nothing else mattered. It didn’t matter if what he was saying as stupid or not making sense. He led the family and that’s that. However, the kids and also his wives surprisingly needed time to remember that on vacation. And therefore there were a few upsets that probably could have been avoided.

The trip itself had been fine and the family had been smart to remember that they were going to be tired when they landed so they had thought ahead and ordered a catered dinner for their first night in Hawaii. Yet, the next day they spent at the beach and it was just a disaster from the beginning. There were simply so many kids and they were all tired if not cranky as their father tried to get all the cars lined up because they were just standing off to the side. So they had all wanted to get away from the parking lot and actually enjoy themselves.

And, well, that’s understandable. No one wanted to stand in the hot sun while Kody parked the many cars. But thankfully his future son-in-law was there to help and that moved things along. So the family could have gone back to enjoying themselves however there had been another hiccup. Christine and Meri had wanted to set up close to the beach because the sand was too hot to play on anywhere else and Kody had gotten upset because he had suggested that when they first got there only no one heard him.

Meri though had been smart. She had claimed that the idea was Christine’s and that she simply the messenger. So Kody did exactly what she thought he would, he took the news a lot calmer coming from Christine. Although Meri and Kody did talk much later on. Kody had finally processed the paintings she had drawn him so he had wanted to thank her for that because he truly does like him and the reason he hadn’t shown much gratitude before was because he had been focused on packing for Hawaii.

But while on vacation, Madison had a meeting with the adults Browns and she basically told them what they were going to be doing for the wedding. Madison told them who was wearing what and in what color. And she also told her father about the great surprise. Madison told her father that she and Caleb wanted him to marry them and again it was a little underwhelming with him. He said ok and that’s it.

Maddie on the other hand was expecting something more. She thought her dad would cry or at best get emotionally so she was sort of disappointed with his reaction. That was lacking anything personal! However, Madison went after her father for his “ok” and she got him to admit that he was happy about it and that it did mean something to him. Only he could have been a little quicker on the ball with that one.

He could have told her that he was scared at first and that he would be honored from the start rather than just saying “ok”. Yet, he held back some and only expressed his true feelings in his confessional. So Madison will probably hear his thought on the matter after her wedding. Later, however, the family went surfing and they ended up enjoying themselves despite a minor mishap. Meri had been riding the waves when one wave made her accidentally ride right over her daughter Mariah.

Mariah was ok afterwards so that was a relief and she even laughed at what happened. So that one accident seemed to have defrost some of her relationship with her mother. Meri and Mariah were still working on their relationship and thankfully things did look better for them in Hawaii. Besides that one accident for instance, Meri and Janelle had also joined together to play a joke on Mariah. They had colored in their eyebrows until they looked like Groucho Marx and then they had surprised Mariah with it because Mariah had once called her own mother out for having too thin eyebrows.

So it was funny because they threatened to wear their new brows to the beach and that had made everyone worry about being seen with them. Though Kody had tried to play that one so he too got to laugh at the joke. And, you know what, the trip ended up being good for so many of them because it let them relax. Meri and Janelle did something spontaneous and fun together and Meri was able to break the ice with Mariah.

Yet, there were further incidents that weren’t all that good. Kody and his family had taken part in luau and apparently there were some differences over the roasted pig that was being served. Kody doesn’t eat pig because he knew Jesus was kosher so he wasn’t all that approving of the others doing it even if he didn’t outright stop them. And while that was bad enough, Christine almost broke into tears when her nineteen-year-old daughter Mykelti told her that she was marrying her boyfriend of five months.

Five months was nothing in the real world and Christine knew that. So she wisely decided not to tell Kody about what was happening until after they left Hawaii. And it seems she knew Mykelti’s news would have upset him just as much as it upset her.

So stay tune for that!