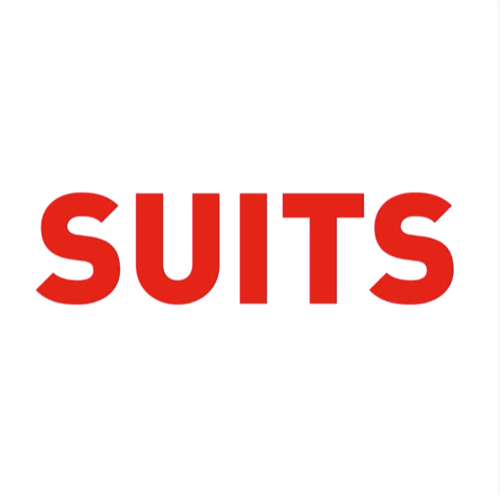 SUITS returns to the USA network tonight with an all new Wednesday, July 13, season 6 premiere called, “To Trouble,” and we’ve got your Suits recap down below! On this evening’s episode, in the Season 6 premiere, Mike (Patrick J. Adams) transitions to prison life.

On the last episode as the judgment drew closer, it threatened to shatter the lives of the people closest to Mike; faced with an uncertain outcome, Mike made one final play. Did you watch the last episode? If you missed it we have a full and detailed recap, right here for you.

On tonight’s episode per the USA synopsis “in the Season 6 premiere, Mike transitions to prison life; and Harvey and the others cope with the fallout of Mike’s plea deal and try to stop what’s left of PSL from collapsing.”

Tonight’s Season 6 Premiere episode of Suits kicks off with Michael Ross being checked into prison, they shave his head and read him the rules, then they tell him to strip naked for a cavity search and turn over his stuff.

Rachel arrives at home, Harvey is waiting for her at her door. He tells her that he dropped Mike off at the prison, they both miss him already. Harvey heads upstairs with Rachel to have a drink and they reminisce over how they met Mike.

At the office, Louis is having a meltdown because their entire staff and all of their partners walked out. Louis tells Donna to call Harvey ASAP. Donna and Jessica both refuse to call Harvey, they say that he needs to be alone after Mike went to prison.

Louis ignores them and heads to his office and leaves Harvey a frantic voicemail. Harvey listens to the message, he and Rachel rush to the office to try and figure out a plan to save the firm.

Harvey arrives, he and Louis bicker over whose fault it is that everyone walked out. A Chinese delivery guy arrives, they’re all confused because no one ordered food. It’s just a ruse, he announce that he is there to serve Jessica papers. They are being sued, it’s a class act lawsuit, for every case that Mike Ross ever touched.

Donna manages to come up with a list of where all the partners went – Jessica and Louis get to work filing papers to sue all of them for breach of contract. Harvey rushes downstairs to catch the fake Chinese delivery guy and pays him $5,000 to say that he didn’t deliver the lawsuit papers until two hours later to give them time to their partners.

In her office, Rachel calls the prison to check on Mike. The guard refuses to give her any information because she is not a relative. She argues that they were supposed to be married today. Meanwhile, Mike is busy taking his psych evaluation before they put him in with the other inmates.

Louis and Harvey are not working well together, they nearly come to blows arguing over whose fault it is that they wound up in this mess. Rachel barges in and screams at them that she just watched the man that she loves go to jail so that they didn’t have to – and they should be embarrassed by the way that they are behaving.

Harvey wants to walk, Louis takes Jessica aside and tells her that he thinks they should let Harvey go and then he and Jessica can start their own new firm together. Jessica isn’t thrilled by the idea, and Louis is offended, he whines that all she ever cared about was her “precious Harvey.” Jessica shouts at him that the ship has sunk, and now she is trying to muster up enough courage to pull it back up out of the ocean.

Donna refuses to let Harvey leave the office. She shouts at him that he is making the biggest mistake of his life, and he is just giving up what Mike just went to prison to save. Harvey is obviously moved by Donna’s powerful speech and reconsiders his options.

After his psych evaluation and an intense argument with the prison psychologist, Mike Ross is finally sent in with the other inmates. A guard shows him to his cell and tells him that he can’t leave for the rest of the night. It looks like the reality is starting to finally sink in, and Mike is officially a prisoner.

Harvey heads back inside, he finds Jessica and Rachel having a heart to heart. He apologizes to her, then says that he is ready to talk business and figure out how to get the hell out of this mess. Jessica says she has some weed in her office, and says it is time for them to sit down with Louis and smoke a peace pipe.

They head to Louis’s office and find him talking to his dead secretary’s ashes in her urn. After some peer pressure and a mishap with the ashes, Louis finally agrees to smoke with them.

Meanwhile in prison, Mike meets his new roommate, an inmate named Frank Gallo. They stay up all night talking about what they were arrested for. It turns out Frank is a bit of a con man too and they have a lot in common, they both started out poor and started breaking the law to take care of their families. Frank was caught insider trading. Frank offers to let Mike use his secret phone to call Rachel, but he declines.

Donna finds Rachel in the file room, she’s having a meltdown over Mike. Rachel says that she called the prison and they wouldn’t give her any information because they aren’t legally married. Rachel can’t even visit Mike for at least a month. The tech guy, Benjamin, interrupts their heart to heart chat and tells them that they have a problem – they are being hacked.

Louis, Jessica, and Harvey all write down how much money they each have to their names – so they know how much they have in their “war chest.” Jessica and Harvey are shocked when they realize that Louis has more money than them. He whines that he isn’t going to “carry their asses.”

While they are bickering over their funds, Donna rushes in, she says that their computers are all being hacked. The partners didn’t just walk, they are stealing all of their clients’ info too.

They put their heads together, and realize that the partners aren’t trying to steal their clients, they are trying to steal back their buy-ins before the firm goes bottom up. Louis has a plan, they can use the other partners that walked money to settle the class action lawsuit. If the money is gone, then they won’t be able to sue to get it back. Jessica says that Louis’ plan is genius!

Mike changes his mind and decides to text Rachel before he goes to sleep and let her know that he is okay.

Jessica, Louis, Harvey, Donna, and Rachel have a drink and cheers to their game plan. It looks like the firm might be okay after all – once they settle the lawsuit they are going to start over fresh. Rachel reads the text out loud to everyone.

Frank stands up to leave the cell – apparently he isn’t Mike’s roommate after all, he bribed the guard to let him in to Mike’s room because he has an axe to grind with Harvey. Frank laughs that now he has his girlfriend’s phone number, then he leaves the cell.