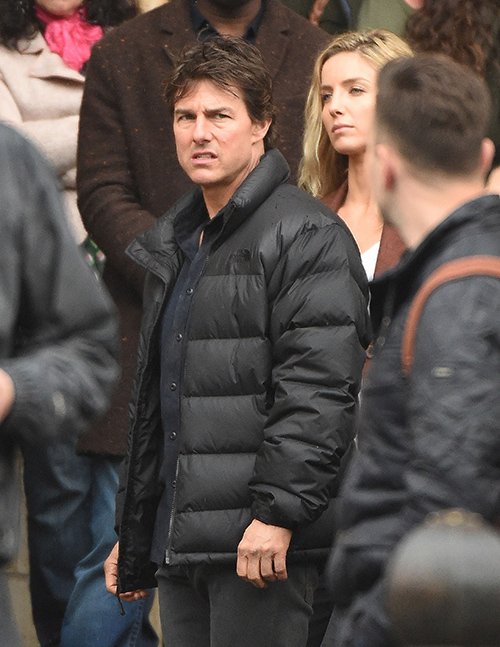 Tom Cruise may have an impressive acting resume, but it is safe to assume that he won’t be nominated for Father Of The Year any time soon. The media has had a field day with the lack of Tom Cruise in his daughter Suri’s life. While there are various reasons behind why Tom reportedly never sees Suri, like Scientology or Jamie Foxx playing step-dad, neither Katie Holmes nor Tom speak out on the obvious issues.

According to In Touch Weekly, Tom Cruise just reached the 1,000 day mark of not seeing Suri Cruise, a less than brag-worthy milestone. For those of you without access to a calculator or calendar, that means Tom literally has not seen his daughter is over 2 ½ years.

Tom never used to hide the fact that he didn’t spend a whole lot of time with Suri, who lives primarily with his ex-wife Katie Holmes. When asked about his daughter by the press, Tom used to blame their lack of time together because of his busy career. However, he always insisted that he talked to Suri on a daily basis through text messages, video chatting, or on the telephone.

An inside source disclosed to In Touch Weekly that Tom barely even talks to Suri anymore, not even on the phone. The insider dished to the tabloid, “They used to Skype and text, but that trailed off drastically. He uses his film commitments as an excuse, but the truth is that doesn’t hold much weight with Suri anymore.”

What would possess a man to cut off his own adorable daughter? According to In Touch it all boils down to Scientology. The magazine explains that Cruise “eats, sleeps, and breathes Scientology” and, according to the Church, he is not supposed to associate with anyone who is not a member of their organization … not even his daughter.

Do you think this is all true about Tom Cruise? Has he really not seen Suri in that long? Leave your thoughts and comments below!