Alec Baldwin and Hilaria Baldwin Look Strained During Their Walk 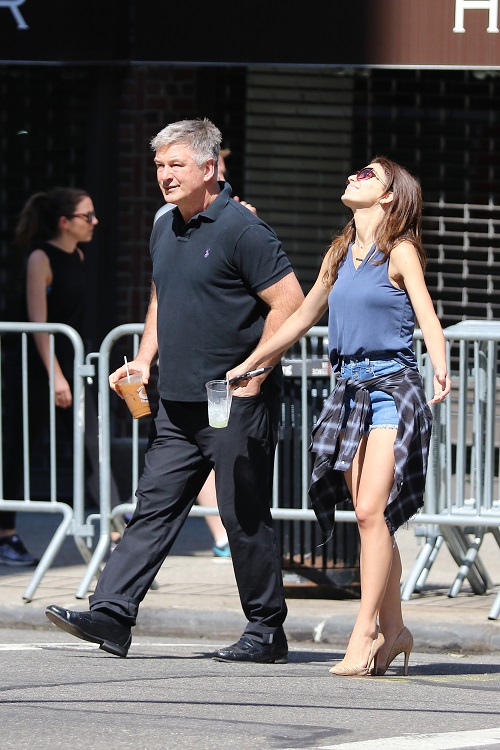 Alec Baldwin and his wife Hilaria Baldwin didn’t look happy during a recent outing. Their faces were strained as they took a walk together on Wednesday, May 24. The yoga instructor showed off her incredible stomach in a black vintage David Bowie t-shirt tied at her waist. She paired her athletic look with leggings, black suede boots, and a sweatshirt tied around her waist. Meanwhile, Alec Baldwin wore a black polo shirt and black trousers.

Hilaria Baldwin accessorized her look with sunglasses and a black leather handbag. The Saturday Night Live star made several sneers during their walk. T

he couple looked like they were having a serious conversation. The 59-year-old looked a little angry as he walked next to his 33-year-old wife, reports the Daily Mail. It’s not clear why the two looked so serious during their walk. Hilaria tried her best to lighten the mood, but Alec Baldwin wasn’t having it. 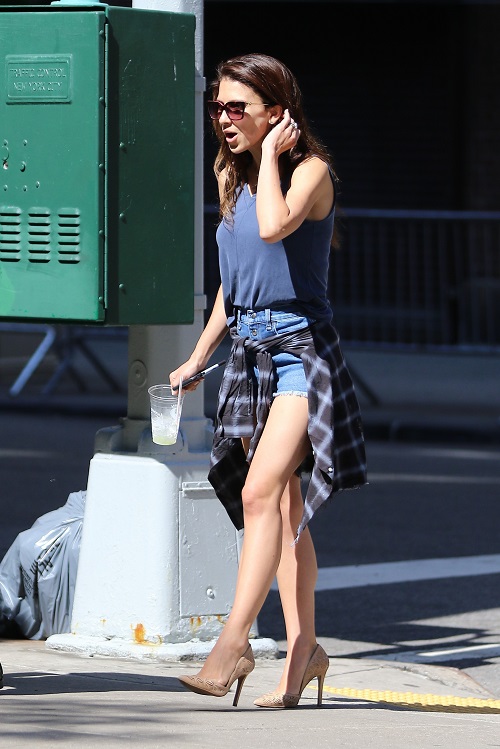 She was particularly happy when she jogged the streets of New York later that day. She was spotted wearing a gray tank top that featured the words “Good Vibes” on the front, along with a pair of black leggings and black Nike sneakers. She also wore a black fanny pack around her waist, white headphones on her ears, and aviator sunglasses on her face.

Hilaria did her best to ignore the paparazzi, who were eagerly snapping her photos as she jogged around the busy streets. She gracefully gave a smile and jogged away.

The Yoga Vida founder’s active lifestyle helps her keep up with her three children, Carmen, 3, Rafael, 2, and Leonardo, 9 months. Hilaria is the picture of perfect health. 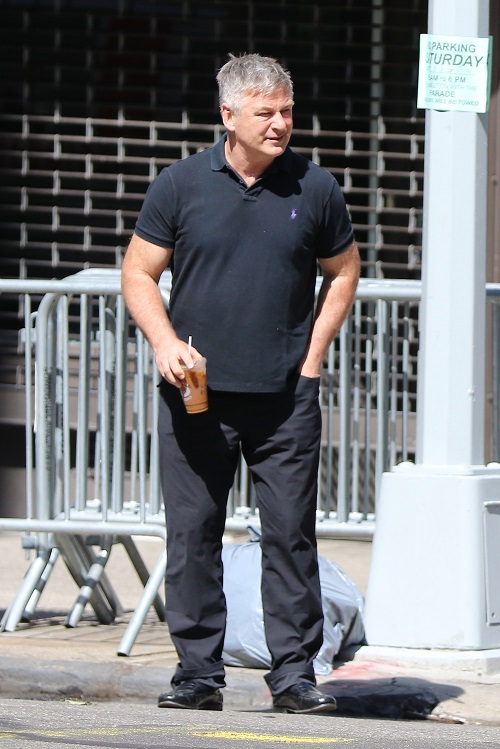 Meanwhile, Alec Baldwin admitted that he almost died from his ongoing battle with Lyme disease. He’s been open and honest about his health issues. In a new interview with PEOPLE, the actor revealed that he was bitten by a tick – leading to the symptoms of his autoimmune disease.

Alec Baldwin talked about his journey when he attended the Bay Area Lyme Foundation’s LymeAid benefit outside Palo Alto. Alec Baldwin isn’t the only celebrity who’s shared his struggle. He joins the ranks of Yolanda Foster, her children Bella and Anwar Hadid, Avril Lavigne, and Ben Stiller. Yolanda Foster has been the most outspoken about her Lyme disease.

Alec Baldwin’s speech on Sunday was the first time he has spoken out about this illness. He last mentioned it in a New York Times article back in 2011. The actor told the audience that he had the disease long before he received an official diagnosis. Alec Baldwin was 17 years old when he was bitten and later got a shot, but was bitten again. His wife Hilaria often checks him and the kids for signs of tick bites.

Check back with CDL for more Alec and Hilaria Baldwin news and updates here.

She has her hands full! Hilaria Baldwin carries Leonardo while holding onto Carmen who is bedecked in jewels https://t.co/bNUikSQ02J