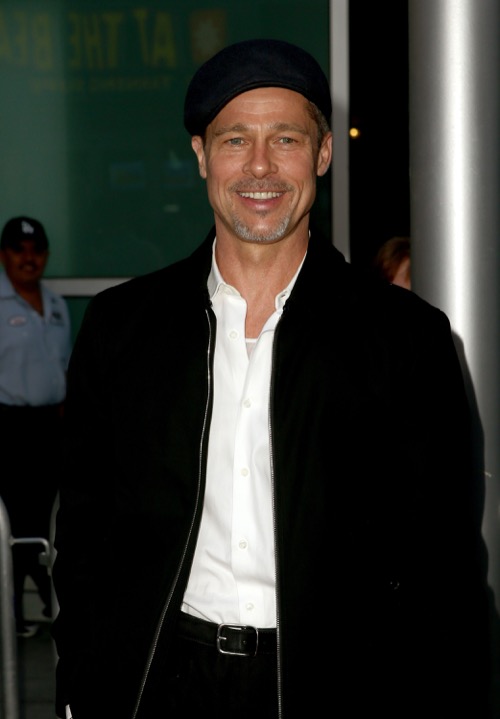 Apparently, ever since Brad Pitt and Angelina Jolie broke up (nearly a year ago), he has been righting all the wrongs he ever committed against his exes – or at least, that’s how the tabloids make it sound. In Touch’s sources elaborate on Brad’s supposed apology to Jennifer, explaining, “He’s been determined to apologize for everything he put her through, and that’s exactly what he did. It was the most intimate conversation Brad and Jen have ever had. Jen was overcome with emotion. All the hurt feelings and resentment she’d suppressed for years came flooding to the surface, and she broke down in tears.”

And why was Brad apologizing, exactly? He’s maintained that he never did anything wrong all these years, and that he and Angelina Jolie got together only AFTER he and Jennifer Aniston had broken up. But alas, we all know that wasn’t true – and both Brad and Jennifer know it too. The source adds, “He apologized to Jen for being an absentee husband, for being stoned and bored much of the time. He also made amends for leaving her for Angelina.” 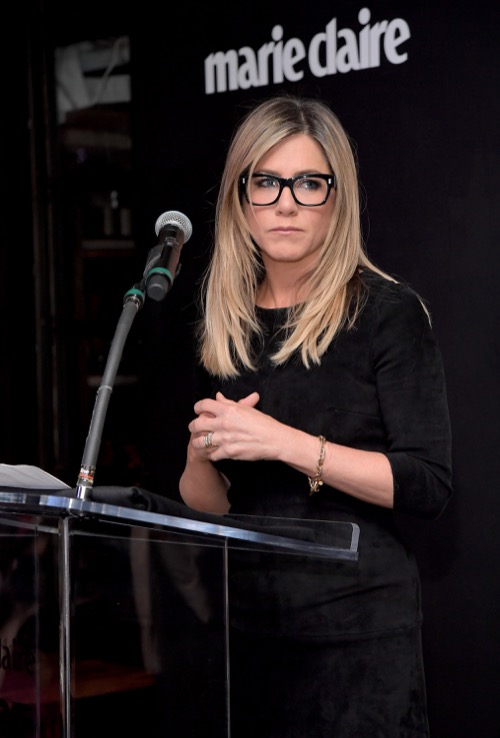 While most celebrities would have said it’s too little, too late, it seems that Jennifer Aniston is far more forgiving than most – or perhaps the tabloids just enjoy capitalizing on Angelina Jolie’s she-devil image versus Jennifer Aniston’s American sweetheart image. Whichever way you think about it, Brad Pitt has always owed Jennifer Aniston an apology, even if he was telling the truth about their marriage being broken before he got together with Angelina Jolie. And now that that Angelina’s out of the picture, Jennifer has reportedly been on great terms with Brad, terms that neither of them expected.

The source ends the story with, “After Jen’s acceptance of Brad’s deeply moving apology, she and Brad have reached a level of closeness that they never thought possible.” And Angelina Jolie’s probably reached a level of anger that she never thought possible, either. After all this time, she now has to watch her ex-husband cozy up to his ex-wife, after his team dragged her name through the mud?