Victoria Beckham’s Marriage To David Beckham Over: Is Divorce The Next Step? 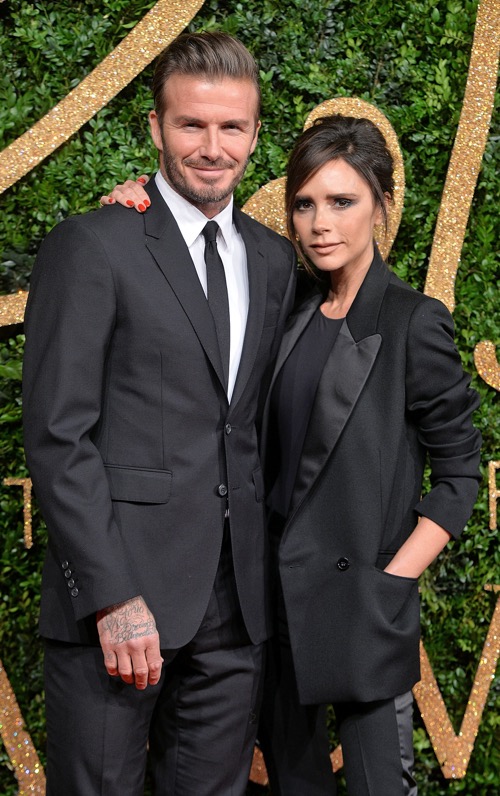 David and Victoria Beckham just celebrated their 18th wedding anniversary this year. On social media, they portray a united front; the perfect happily married couple with two beautiful children and their own respective and successful business ventures. The Beckham’s renewed their vows in January of this year.

Recent events and sightings of David Beckham partying with friends Victoria doesn’t approve of such as Alexa Chung and Poppy Delevingne have revealed cracks in this facade. Their eldest son, Brooklyn insists on marring his skin with tattoos contribute to this widening gulf between Posh and her former footballer. Indicating things might not be as rosy as they appear on the surface.

David Beckham has side businesses where he’s made more money than he did as a professional athlete. Sources say David is bored and Victoria Beckham is growing frustrated with his partying ways and friends. David Beckham has too much time on his hands according to sources. He has no solid routine to keep him focused, and Victoria is becoming annoyed and bothered by the images and online content showing her husband looking the worse for wear with their son, Brooklyn in tow.

Brooklyn and his father, David Beckham are more like best friends than father and son. David approves and encourages Brooklyn’s tattoos. Brooklyn’s latest inking was just last week in Los Angeles while his father looked on. While Victoria Beckham thinks they’re tacky. Brooklyn has willingly or not, been allocated to peacekeeper when arguments between his parents flare up.

More telltale signs of problems with the Beckham’s started when Victoria didn’t attend the Beckham’s friend Guy Ritchie’s wedding or the premiere of King Arthur, where her husband made his acting debut. David then partied long into the night, surely adding to his wife’s annoyance.

Could the Beckham’s be headed for divorce if David doesn’t stop his partying ways? Will Victoria leave David if he doesn’t get his act together?

Case and point, Victoria Beckham arrived at the Glastonbury music festival via helicopter. David had already spent two days boozing and partying. Victoria, according to sources took one look at her husband and let him have it. Sources say David would love it if Victoria would come out with him and his friends, but she’s too focused on her career and their four children. David Beckham doesn’t seem too concerned that his marriage could be nearing its end. He’s totally at fault, and he doesn’t appear to care.

Small cracks began to show in the Beckham’s marriage two years ago as David and Victoria started living more separate lives. Posh had a tattoo on her neck removed. This was a tribute to David that read: “I am my beloved’s, and my beloved is mine.” 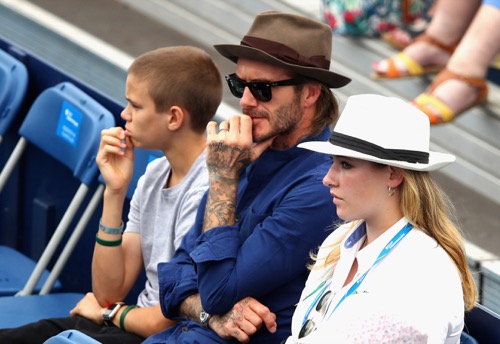 Not so much, David. How long can the Beckham’s charade of a happy marriage continue? What will it take for Victoria Beckham to say enough and leave her overindulged husband? The birthday party for their daughter Harper at Buckingham Palace David Beckham plastered on social media infuriated Victoria Beckham, but she has yet to respond to the accusations that the Beckham’s were given special treatment by the Royals because of their status within society.

The Beckham’s like to think they’re like all other families, but after this party and the lavish lifestyle they lead with private jets and expensive holidays, ordinary doesn’t come close to describing this high-profile family.

Victoria Beckham will probably keep a low profile to combat her husband’s continuing wild ways. How else can she maintain the clean image she so desires? What more will David Beckham do to ruin the family image he and his wife have worked for years to build up as one of united and untarnished? He’ll cross the line eventually. And when this happens, Victoria will hopefully wake up and see her marriage for what it is – imperfect and broken.