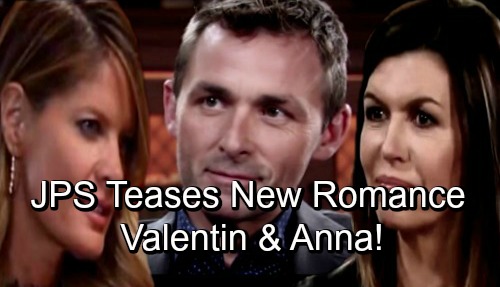 General Hospital (GH) spoilers tease that Valentin (James Patrick Stuart) will stick to the plan. Curtis (Donnell Turner) feels like Nina’s (Michelle Stafford) got enough on her plate with all the Sasha (Sofia Mattsson) drama. He doesn’t think Valentin should make things more complicated by trying to win Nina back.

However, we all know that’s exactly what Valentin wants. He would’ve reunited Nina with her daughter no matter what, but he clearly hoped this would lead to a reunion of his own. Since Nina and Sasha’s meeting was a train wreck, Valentin will inch closer to his love. He would’ve rather been celebrating with her, but at least he can be a shoulder to cry on.

Valentin will continue to support Nina as she tries to fix this. Perhaps he’ll try to fix it, too. Sasha has agreed to give Nina one more chance, but she can’t promise that she’ll have a change of heart. Valentin may intervene, but that could be a recipe for disaster. What if Valentin makes an even bigger mess?

General Hospital seems to be pushing Valentin and Nina back together, but there are no guarantees. If Valentin manages to blow this or has deceived Curtis in some way, you can bet there’ll be trouble. In an interview with Soap Opera Digest, James Patrick Stuart weighed in on his character’s love life. Has he considered what might happen if Nina’s really through with Valentin for good?

“I don’t think he’s thought that far ahead,” Stuart admitted. However, Stuart was quick to add that another lovely lady in town will always draw Valentin back in. “We all know he’s got the hots for Anna, which makes him so incredibly uncomfortable. Could you imagine if that wound just never healed? It would just be a nightmare!”

There are plenty of “Vanna” fans out there who would love to see some action. Anna is currently with Finn (Michael Easton) and their relationship is awfully sweet. Unfortunately, it’s also a bit of a snoozefest. Plus, Hayden’s (Rebecca Budig) bound to come bouncing back to town with Finn’s kid sooner or later. Anna and Finn just aren’t meant to last.

Could GH pair up Valentin and Anna down the road? Stuart seems to think we shouldn’t rule it out! Valentin may never be able to truly put Anna behind him. If Valentin manages to blow up his latest attempt to win Nina over, you never know where his heart will take him next.