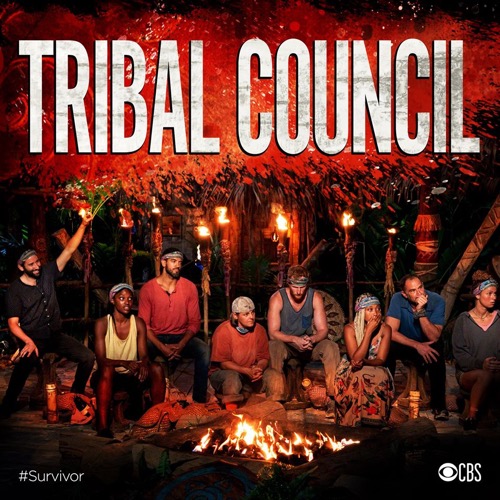 Tonight on CBS Survivor airs with an all-new Wednesday, November 6, 2019, Season 39 episode 7 and we have your Survivor recap below. On tonight’s Survivor season, 39 episode 7 called “I Was Born at Night, But Not Last Night,” as per the CBS synopsis, “An empire falls and a rebellion rises, but the game is far from over. Also, another castaway visits the Island of the Idols for a chance to earn an advantage.”

Vokai night 16, at tribal Elaine, blocked Jason’s vote and he went home. She knows the old Vokai are not happy about this, but she felt that she had no choice. Lauren feels like she was lied to and it is already hard to put her faith in trust in people. Aaron is happy Jason is out of the game, now the old Vokai is scrambling. Meanwhile, over at Lairo it is raining and doesn’t look like much sleep for everyone. In the morning, after a terrible night of torrential downpours, Jamal took the lead to try to make fire, without success.

Kellee tries to help out and Jamal takes over and she is upset because with Jamal it is always his way or the highway. Noura knocks head with Jamal over a portion of rice, if he is not careful, he is going to be the next one-off this tribe to be voted out if they don’t win immunity. Noura is all about an all girl’s alliance, Karishma will be a loyal vote, but Janet wants nothing to do with it. A boat arrives at Lairo and Janet is called to the Island of the Idols – she starts crying and says she is scared.

Janet’s stomach is doing flip flops, she has no idea what to expect on the island. All of a sudden Sandra and Boston Rob show up and Janet is thrilled. They sit down and Janet tells them that she is in a good spot with her tribe. Rob explains about everyone who comes to the island gets a lesson, and hers is about calculated risk.

He tells her they are going to play a little game, it will help her to understand calculated risk. If she wins, she earns a chance to avoid being voted out at one tribal council, where she will return to camp before the votes and then be safe. The last time she can use it is when there are seven players left in the game. But if she loses the game, she loses her vote at the next tribal council. It’s her choice, does she want to play or return to camp. Janet says that leaving tribal council before a vote might put a target on her back, she chooses not to play. Rob smiles and tells her that she really understood the game. Sandra is happy as well, she thinks the winner this season will be a female, and Janet has the makings of a winner.

Janet is back with her tribe, she tells them it was a game of chance and she chose not to play. At Vokai, the tribe is feeling weird with Dan because he does some uncomfortable things, and he has a target on his back.

Right now Tommy is in a bad spot, he is close to Lauren and they have to be careful not to let the rest of the tribe know they are close. Tommy goes around the tribe and bad mouths Dan. In the meantime, Missy doesn’t like how close Tommy and Lauren are and she is determined to send one of them home and break up the friends.

Time for the immunity challenge, the tribes are going to race to shoot coconuts into a basket when the basket becomes heavy enough it will force the puzzle pieces to drop. They will then use the pieces to solve a very large puzzle. Right from the start Vokai is on fire and leading, it doesn’t take long for their puzzle pieces to drop. It doesn’t take long for Lairo to catch up, but it isn’t enough, Vokai wins immunity and Lairo literally loses by a few seconds.

Karishma asks Jamal who they are going to vote out and he says Dean; every tribal council Jamal brings his immunity idol, but this time he doesn’t think he needs it because Dan is a sure thing to go home. Jamal thinks he has Noura on board as well. Kellee has her immunity idol and is thinking not to let her idol go to waste and maybe give it to Dean because she likes him and would like to work with him. But, she has to be careful, nobody can find out and she will have to really trust Dean. If this works it will be a big move, but it is also a big risk. Kellee approaches Dean and tells him that she has an idol and she wants to give it to him; he is surprised.

At tribal council, Noura tells Jeff that she has no love for Dean. Jamal asks Noura if she has been trying to get rid of him, and she tells him that it is just Dean, he is trying to get in the middle of them. Jeff asks Jamal if he is confident with his tribe, he says no, he is fearful of an all girl’s alliance. Kellee says the whole idea of a girl’s alliance is so sexist, they don’t talk about men’s alliances so why talk about girl’s alliance. Jamal asks Jeff if he will ask Noura if she ever thought of an all girl’s alliance, he does and she says yes. Janet says that to assume that the women are going to align together is insulting. It is time to vote.

Jack is voted out. Even with Jamal giving up his idol to Noura, Kelle’s plan was successful.