BY hellodrdavis on September 20, 2019 | Comments: 2 comments
Related : Soap Opera, Spoiler, Television, The Young and the Restless 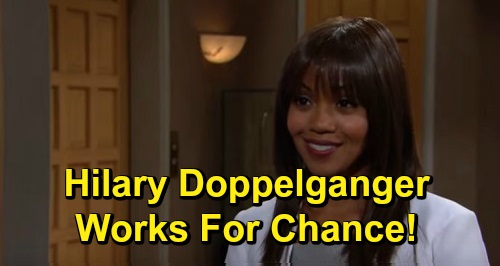 The Young and the Restless spoilers review for Friday, September 20, tease that Rey Rosales (Jordi Vilasuso) and Paul Williams (Doug Davidson) will get going with their investigation into Victor Newman’s (Eric Braeden) possible homicide. They’ll start by questioning the woman whom Adam Newman (Mark Grossman) got to provide him with the double-dose meds that he switched out with Victor’s regular meds.

Rey and Paul will confront the woman with the fact that the prescription for the experimental drug was only available at the pharmacy where she works, and after some back-and-forth, she’ll agree to spill all the details in exchange for an immunity deal, so that she doesn’t get prosecuted. They’ll have to check with the new DA, Michael Baldwin (Christian LeBlanc), about that, and when Rey calls him, he’ll learn that Michael will agree to a deal for her.

The woman will then admit that she created a double-dose of the meds and forged a prescription label…for Victoria Newman (Amelia Heinle). Of course, Y&R viewers know that this is all a big lie and that the woman actually prepared the meds and the label for Adam. Well, later Rey and Paul will appear at Victoria’s home, who will deny all of the woman’s accusations. Victoria will welcome the police to search her home and her office since she has nothing to hide.

Later, Michael will call Adam to say that the cops got in touch just as Adam predicted and that he granted the woman immunity from prosecution. And in Victoria’s office, Victor’s meds and Nate Hastings’ (Sean Dominic) missing tablet will be conveniently found in her desk.

Meanwhile, on Friday’s new episode of Y&R, Devon Hamilton (Bryton James) will be stunned to face Amanda Sinclair (Mishael Morgan), the lawyer representing the person challenging Katherine Chancellor’s (Jeanne Cooper) will. Amanda looks exactly like Devon’s late wife, Hilary Hamilton (Mishael Morgan), and Devon will have trouble keeping it together as Amanda comes in and wants to talk about the issues with Katherine’s will.

Amanda will reveal that she’s working for Chance Chancellor (John Driscoll), who is the person contesting the will. Devon will be noticeably affected by Amanda’s appearance as she explains that Chance believes there’s another draft of the Katherine’s will that did not leave her fortune to Devon. He’ll have learned about the other version of the will from David Sherman (Robert Gant), who made a confession on his deathbed that Tucker McCall (Stephen Nichols) paid him to alter the will.

Devon will doubt the story, but he’ll be more interested in talking about her appearance and where Chance found her, as he’ll think it’s probably no coincidence that she showed up at his door. Ultimately, Amanda will offer her condolences for his loss, give him her card, and let him know that she’s staying at The Grand Phoenix. Devon will be stunned by the whole experience.

Of course, we can’t forget that earlier this summer, there were a lot of rumblings about Chance having dealings with Adam in Las Vegas. Finding a Hilary lookalike and unleashing her on Devon to take him off guard in the lawsuit over Katherine’s fortune seems like a very “Adam” move. But if Adam is involved with Chance and they’re in cahoots to bilk Devon out of Katherine’s fortune, then what would Adam’s motive be, aside from money? It will be interesting to see what develops in this story going forward.