Will Kate Middleton And Prince William Ask Pippa Middleton To Be The Royal Baby Surrogate Mother? 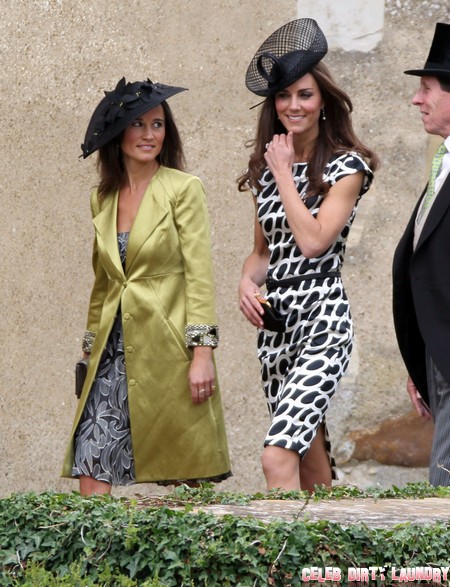 Kate Middleton and Prince William have always seemed like the most perfect, classy, royal couple out there. Their storybook romance was refreshingly modern when they didn’t announce a pregnancy immediately after the wedding, but in the year and a half since, we’ve wondered if it’s less modern and more biological. Kate has been on pregnancy watch and rumors are circulating that she can’t conceive and is forced to turn to crazy fertility treatments. Some reports promise that Queen Elizabeth II will allow Prince William to ascend the throne rather than Prince Charles if Kate produces a great-grandchild and heir to the throne.

Kate has been seen by some of the best doctors in the world, and is finally realizing that she may never carry her own baby. A royal source, however, has promised, “Kate has access to the best medical advice. This insures it won’t be too long before we hear the patter of tiny royal feet!”

What’s The Duchess of Cambridge to do? Adoption is completely out of the question—the monarchy can’t be continued by someone outside the bloodline. Since Kate can’t seem to get pregnant she’ll have to think outside the uterus—literally. Kate will take a page out of the Hollywood guide to babies and find a more suitable host for the next King or Queen of England. And who better to carry the embryo than her own sister, Pippa Middleton?

The Queen, ever a traditionalist, is less than thrilled with the plan. Her own marriage to Prince Phillip was starched with tradition and order. A century ago, an infertile bride would have been divorced and replaced. A few centuries before that, she’d be decapitated.  Princess Diana announced her pregnancy just three months after her wedding to Prince Charles. The Queen may let some traditions slide – living together before marriage, topless holidays with friends, marrying a commoner – but NOT having children is not an option!  But Kate and Wills have are in a competition with Prince Charles and The Duchess of Cornwall, Camilla Parker-Bowles over who will ascend the throne and desperate times lead to desperate measures.

Pippa has been struggling ever since her rise to fame as Kate’s perfectly proportioned baby sister, and has been involved in several scandals. She and Kate had quite a spat when the royal family prohibited Pippa from doing the promotional talk show circuit in support of her new party planning book Celebrate: A Year of Festivities for Family and Friends.  Pippa and Kate have always been close, and Pippa is looking for redemption after scandalous behavior got her put on the naughty list. Do you think a surrogate pregnancy is too much too soon for the staunch and traditional monarchy? Can Pippa help to mend bridges by lending a womb to her royal sister?