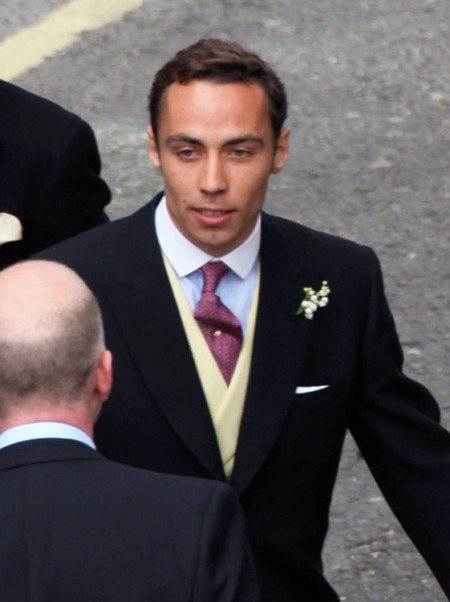 The royal family isn’t the only family getting affected by Kate Middleton’s momentary indiscretion. It seems Kate’s brother, James Middleton, is also feeling the heat from the exposure and is making moves to distance himself from his big sis’ scandal.

James owns Nice Cakes and in the past has come under fire for his “Naughty” cakes section. In it, he’s advertised designs including the Scrummylicious, which features a woman in a bikini saying: “Boobies that jiggle when you wiggle” and A Wonderful Wife which reads: “Scrummy boobies that make my hands happy”.

According to Entertainmentwise those X-rated cakes are now no where to be found on the website.

Interesting enough, Now magazine had a story yesterday claiming James was defending his decision to continue to sell the saucy cakes. Though there are no cakes in the Naughty section, the site reads: “Rude humour is a part of being British and reflects the reality of the modern attitude to life” and adds “The rudeness of the cake, even if they are very rude cakes, is a way of saying: ‘We are so close that I can send you this kind of cake in the full knowledge that you won’t be offended by it.’ So actually, rather than intending to be rude, it’s a sign of affection instead.”

Apparently James and the Middleton clan don’t want the country to get the idea to order loads of affection for Kate. That’s got to be bad for business, no? James could probably make a killing selling Kate-inspired naughty cakes with headlines like “Duchess’ dumplings” or “Middleton’s melons” or the “Royal rack”. Sadly, I know tons of people who would be all over that. It sucks though because fashion designers and high street stores make a killing whenever Kate wears their frocks. She should throw James a bone and get caught eating the Sexy Hubby cake which says “Buttox of steel for a squeezy feel” and, next to an arrow pointing to the cartoon man’s crotch, “Weapon of mass seduction”.

But still, this is what family’s for, right? You need to stick together. Obviously the last thing James was going to do was take advantage of his sister. That’s what Pippa’s for! Earlier this year he even addressed the advantages of having a sister in Buckingham Palace but brushed off rumors that he’s benefiting from her popularity. “I’ve won awards for my own efforts because I am young and good in my own right. It’s not just because of my family that I’ve been getting attention. I want to be known for my own contribution, not for being a ‘relative of’. That’s boring.”

That’s too bad because Kate is anything but boring at present!

Do you think the Middleton’s are making a knee jerk reaction and covering their bases or are you glad James took the cakes off of his site?