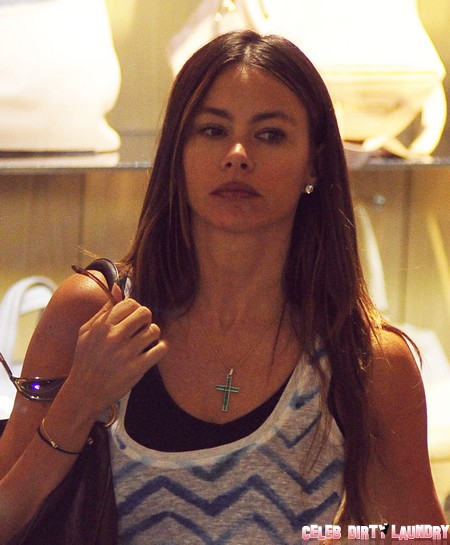 Sofia Vergara came along and made history on Modern Family by being a non-stereotypical Spaniard with more wit than a drag performance at a Christmas party. However, the super successful television star will be getting married soon to her millionaire husband, Nick Loeb, but it won’t be a marriage without some rules. Vergara won’t be walking down the aisle with Loeb unless he signs a prenuptial agreement. According to the agreement, Loeb has to pay $10 million if he ever cheats on her. If he cheats with more than one woman, this amount will increase. This is either a case of protecting your assets, or it is a case of ensuring that your partner never strays. In any case, Crime De Passion is so Edith Piaf, so what better way to stop your husband from getting kinky than having him pay with his soul if he dares to look at the menu?

According to The Enquirer, “Sofia’s shifted their nuptial plans into high gear and she’s completely consumed with every aspect of the event. She says God is in the details and this wedding is going to be absolutely heavenly.”

Sofia is luckily not being paranoid. Her 37-year-old millionaire fiancé followed the road to Amarillo earlier this year, after it was revealed that he had cheated on her with prostitutes and strippers. They mended their bumpy relationship and he proposed to her while they were holidaying in Mexico during Sofia’s 40th birthday party.

The source added, “Sofia is still crazy about Nick, but when he begged for her hand in marriage, she told him, ‘Put your money where your mouth is.’”

Unfortunately for Loeb, if he wishes to cheat with prostitutes and strippers again, more than three quarters of his fortune will be given to Sofia. Loeb is an heir to a banking fortune and is currently worth around $15 million, which isn’t really too much in the grand scheme of things.

Now put down that menu, Loeb and order some dessert from your soon to be wife.