Which Teen Mom Was Caught Smoking a Bowl? 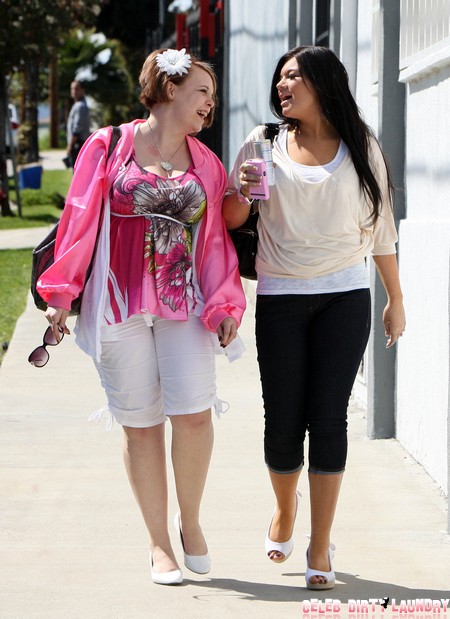 If you guessed Teen Mom Catelynn Lowell than you were correct. Personally, if I didn’t know Amber Portwood was in jail already for five years, she would have been my first guess. Lowell doesn’t seem like the one in the bunch where we’d see pictures like this of her, since Lowell was the mature one in the 16 & Pregnant and gave up her daughter Carly for adoption.

In the photo that was allegedly taken last month at a friend’s house, it shows Lowell with a giant bong in hand, while about to inhale or exhale from it. Now, we can’t come to the conclusion right away that Lowell was smoking weed. It may have very well have been salvia, which is legal, even though I don’t know why you would want to try it. However, I can’t judge a 20 year for doing that a lot of typical kids her age are doing. Not everyone is perfect and everyone has to try things for themselves. Although Lowell’s identity has not been confirmed, it looks an awful lot like her and it will be hard to deny that.

Lowell’s manager released the following statement “Like many other young adults, Catelynn, at times, struggles with making the best decisions for her health and career. As her manager, I have strongly advised her to exercise good judgment at all times. She must learn from her mistakes. This will serve as a teachable moment in her development as a young woman.”

Some may dispute that since Teen Mom is over and they are no longer on camera all time that they are no longer role models. While this sentiment might hold ground to some, we can’t think she is a bad guy now because we never really know what was going on behind closed doors. Let’s hope Lowell sees this as a lesson and tries not to get pictured with another bong.