Kate Middleton Has Passionate Views! Duchess Defends Herself After Being Hurt By Attacks 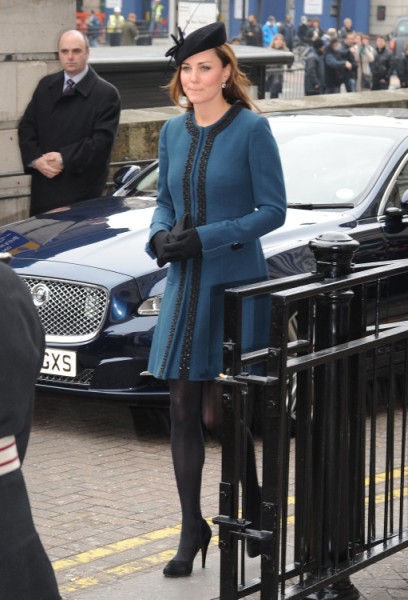 Sandi Toksvig hurt Kate Middleton. She did. She really did. Toksvig’s comments about the Duchess being a bit on the vapid side seem to have touched a nerve. The fact that they came so soon after Hilary Mantel’s plastic comments probably didn’t help either. Well, Kate Middleton’s fighting back… sort of. According to new reports she’s whining to her family about the attacks telling anyone and everyone all about her passionate views.

“Kate feels wounded by these attacks. She has many passionate views,” a source told New magazine. “She’s been incredibly moved by the charities she supports and the children she has reached out to. She has strong ideas about how to improve their lives and how the monarchy contributes.”

So is this the reason for all the recent public outings? Did she hit up the Queen yesterday for a favor? Going to the horse races with Prince William is one thing, celebrating the anniversary of the underground with the Queen and Prince Philip is quite another. But I kid… mostly. I’m sure Kate Middleton has a personality which is why I get so excited whenever she lets herself show it. It was super cute when she tried to push William in the water after she lost the boat race in Canada. It was adorable yesterday when she accepted the Baby on Board pin. And I still have chills when I picture those Cambridges hugging during the Olympics. They’ve got something deep down in there. The problem is they haven’t figured out a way to show it and remain dignified heirs at the same time. Kate hasn’t quite managed how to display concern without looking grave or happy without looking manic. Nuance will come and when it does it will do her and her charities good. But crying about critics won’t get her anywhere. They’re here to stay. She better just get used to them. Who ever said being a princess was easy?

Is it right if Kate Middleton defends herself? Is her skin a little too thin or is this little spark just what she needs?