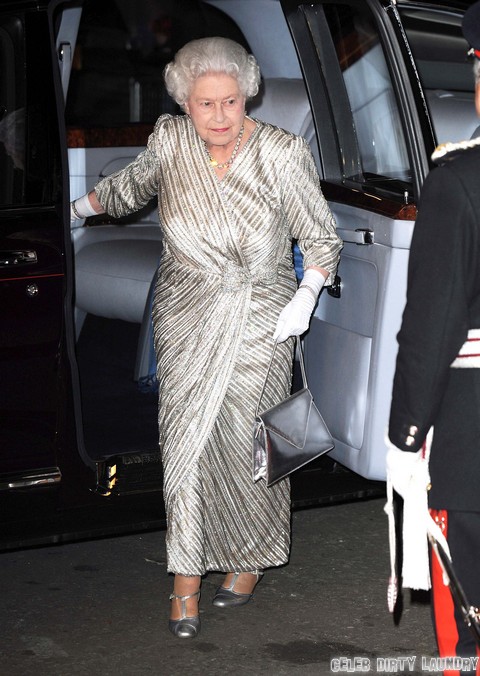 Those royals really like to put on a good appearance and it seems that Queen Elizabeth opted to leave King Edward VII Hospital last week against doctor’s orders just to avoid speculation about her worsening health. The 86-year old monarch has watched her health seriously decline in the last year. According to the March 25th print edition of GLOBE the Queen spends each day in severe pain from arthritis and sciatica. She also has heart problems which have caused shortness of breath and other difficulties in breathing. The last thing that she needed was a bout of gastroenteritis last week.  “The trots” as the Brits call it, can cause severe dehydration and electrolyte imbalance which is the last thing that someone with a heart problem needs to deal with.

The Queen knows that she’s quickly reaching the end of her life but wanted to keep how sick she really is from royal watchers so she decided to recover at home last week rather than stay in the hospital as she really should have. “Her royal majesty refused to stay another minute in the hospital. She insisted on going back to the Palace in a bid to stop speculation about the gravity of her failing health.” says a GLOBE source.

There is fear within the royal family that the Queen won’t live more than a few months more and that she may not be alive when the next royal heir is born. Prince William and Kate Middleton’s baby is due in July and while summer will be here before we know it, a heart problem could make hanging on for those few short months nearly impossible for the Queen.

Should she have stayed in the hospital and perhaps gotten more care? Do you think leaving too soon made a difference in the Queen’s overall health situation? Tell us your thoughts in the comments below!  Celeb Dirty Laundry says – LONG LIVE THE QUEEN!