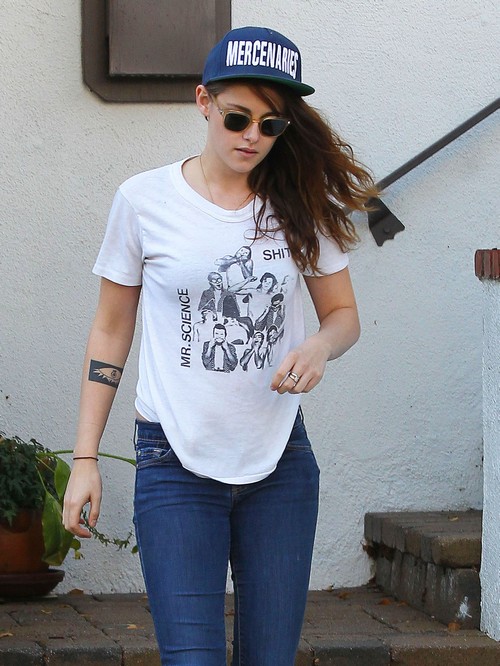 Time apart may have helped Robert Pattinson to forgive Kristen Stewart for her cheating during their relationship but it seems that his family isn’t exactly as kindhearted. Kristen and Rob have been tip toeing through a reconciliation for the last few months and ended up holed up together in Palm Springs last month hashing out super serious topics, like marriage. It seems that Kristen wormed her way back into Rob’s life by offering no-strings-attached hook ups until the two found themselves back in a comfortable old place, one that made Rob wonder if Kristen is actually the woman for him.

According to the Dec. 9th print edition of Life & Style magazine even if Rob wants to fully reconcile and then marry the trampire he will have an uphill battle convincing his family that Kristen is the woman for him. Since Kristen so publicly humiliated their brother, both of Rob’s sisters, Victoria Pattinson and Lizzy Pattinson, are dead set against him wasting any more time on Kristen. In fact the family has made it clear that Kristen is no longer welcome in their home. Rob is planning on spending Christmas in London with the Pattinson’s but he already had to break the news to Kristen that she’s not welcome to join him.

Should Rob take his family’s advice and leave his attachment to Kristen in the past where it belongs? Do you think that these two lovebirds are the real deal and that’s why he struggles to let go for good? Or is it just that Rob has yet to meet another woman to make the same kind of impact on him that she has and until that happens he’ll continue to cling to Kristen? Tell us your thoughts below!