Tom Cruise To Run For US President? 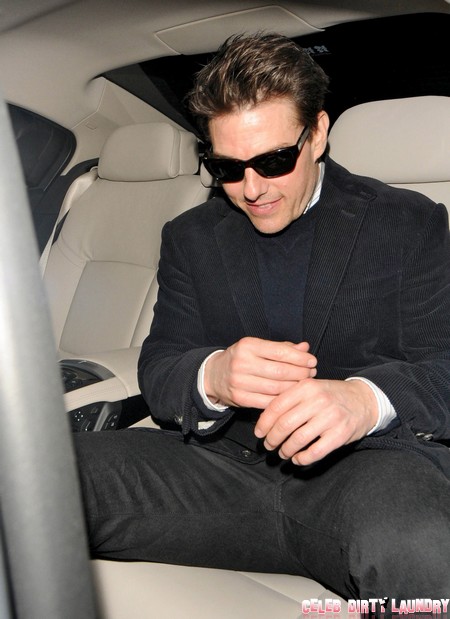 Tom Cruise may have seen the writing on the wall about his acting career, but that doesn’t mean the former A-lister is giving up entirely. His latest action movie Jack Reacher tanked in the box office, but he’s set his sights on a new office to conquer: the oval office! Tom Cruise has saved the world a dozen times over in action movies—but can he save America . . . from itself? The actor has an inflated head, and is musing on his impact on the No Child Left Behind Act, which was enacted under the Bush presidency.

Tom was “impressed with his own access to the highest level of governments” after meeting with Secretary of Education, Rod Paige, in 2003, reports Star Magazine, print edition February 4, 2013. Tom joked to friend David Miscavige, “If f*cking Arnold [Schwarzenegger] can be governor, I could be president.” It’s true that Tom’s influence is great—he could call up any news anchor in the world and land an immediate, prime time spot. Despite being a clam when it comes to his private life, Tom is constantly making headlines. His movies aren’t the smash hits they used to be, but the cult continues.

“Scientologists treat Tom like a god,” an insider explained. “He thins there’s nothing he can’t do.” So could a bid for the presidency be in his future? A rep has sworn the actor “has no political ambitions.” We’ve heard that before! Ben Affleck has been obviously eying a Senate seat in Massachusetts, Arnold was governor of California, and dozens of celebs support political movements over Twitter, during interviews, and in PSAs. Would Tom hope to get elected and shift Scientology into the mainstream? Would his nasty divorce record tank his campaign from the start? Would you vote for President Cruise?