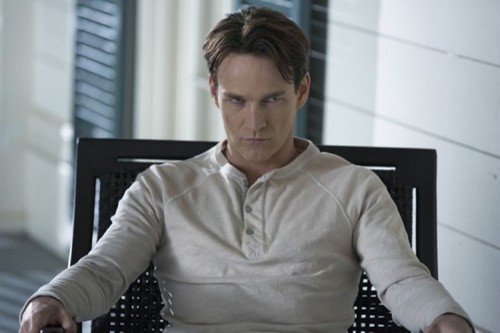 Trubies tonight is the night, TRUE BLOOD returns with the premiere of its sixth season and we are excited.  So get your comfy chair ready, your bottle of True Blood, your fangs ready and get ready for new awesome hotness of our favorite show.  On tonight’s premiere called, “Who Are You, Really?”  now packmaster, Alcide (Joe Manganiello) discovers that The Job comes with unsavory side dishes, but other major perks.  Did you watch last season’s finale?  If you want to catch up, you can read our full and detailed recap here.

Last season saw the birth of Lilith, who consumed Bill, and is now roaming the earth with an evil agenda. But after all that’s happened in the True Blood universe, it seems as if a new group is going to rise from the chaos — and they don’t have a supernatural bone in their body. Just a pretty nasty bone to pick with the vampiric race. Yep, the humans are coming for blood — the kind of blood that explodes all over the place when a vampire is staked in the heart.  WE have a video of a sum up of last season, CLICK HERE!   You can also check out an interview we did with True Blood’s Kristina Anapau, where she talks about season 6, CLICK HERE …

This season the new baddie in town is Truman Burrell, the governor of Louisiana and a bonafide vampire hater. Oh, boy. What’s new? Another vampire hater? Honestly, this new addition sounds a tad bit lame, but I think we can trust that Alan Ball and his team will make a reasonable character. They have a lot to live up to after Russell Edgington’s character — who died last season and will not be returning anytime soon. “He’s gone,” says Alan Ball. ”We may see him in flashbacks, but he bit it.” 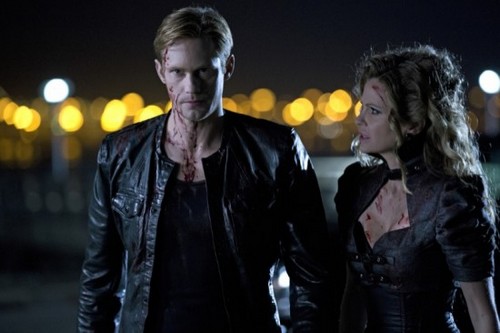