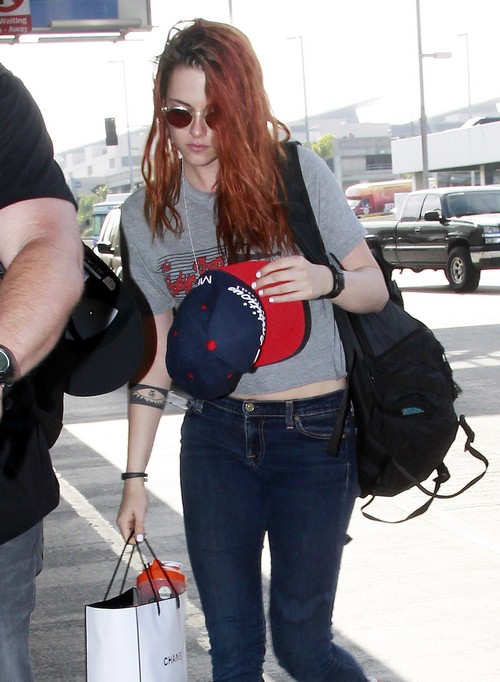 It’s hard to believe that Kristen Stewart idolizes another actress, but apparently, she does. And that too, the actress in question is Demi Moore. Um, sure. As if Kristen would ever idolize an actress that hasn’t even won an Academy Award. She’s got Jodie Foster for an idol, she’s not going to degrade herself down to Demi Moore’s non-acting abilities.

Radar Online claims that Kristen is desperate to work with Demi in a movie, explaining, “Kristen is making serious noise about befriending Demi, whom she’s worshipped for years, and convincing her they should play a mother-daughter team in a new action comedy.” Apparently, she thinks that this will somehow ‘help’ both of their careers, even though all I’m seeing is a career-defining flop.

Can you imagine the amount of eye rolling, lip-biting, and hair flipping that will exist in that movie? Now that I think of it, Kristen and Demi do have a lot of the same acting tics, especially in indie films. If Kristen and Demi did end up doing an action comedy by some miracle twist of fate, you can bet that it will be the the most hipstery action comedy ever. Just to be ironic, I hope they fill this non-existent movie with pot jokes and cheating jokes. The audience would never get enough of it, and both Kristen and Demi would look ten times cooler for making fun of their own public images. In fact, both of them starring in an action comedy is such a ludicrous idea that I’m sure a studio executive is sitting somewhere, rubbing his hands together in glee at the prospect.