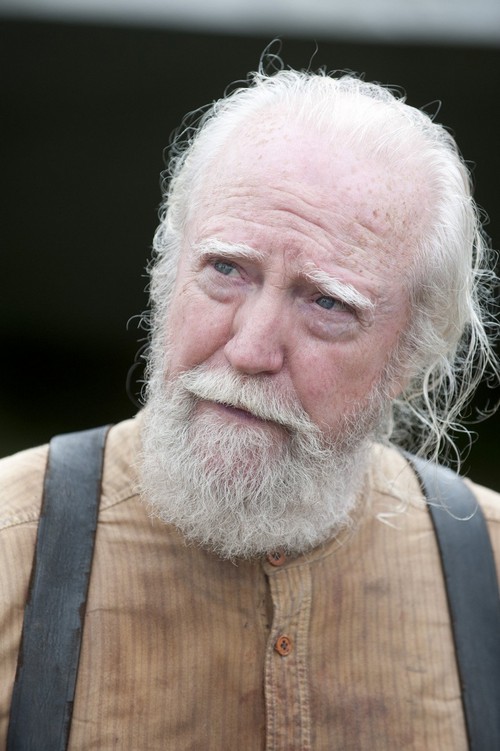 Hershel: Hershel is by far the character we miss the most. It was heartbreaking when Hershel died and for some fans, it almost made them swear off The Walking Dead. Hershel was the father figure and the voice of reason in this world gone insane. He provided a moral compass that kept everyone else grounded and gave the show stability. With him gone, everything careened out of control and all of our favorite characters have seemed lost.

Dale: Dale was the first favorite character who died. Dale was the first Hershel (so to speak) in the series. He provided a moral compass, a conscience and a grounding that our survivors needed in this world that was no longer what it used to be. Dale was likeable and had a quiet strength that kept the group together in the early days and guided them along the way. We took his death pretty hard.

Lori: Lori Grimes was an odd character — she had a strength that was able to help her survive when she thought her husband was dead. It was hard for a lot of fans to reconcile Lori’s affair with Shane, but really, in such a situation it was somewhat understandable. Hey, she thought Rick was dead — cut her some slack! It had to have been really rough being pregnant during an apocalypse, so you gotta give Lori props for making it as far as she did. Her death during childbirth was not unexpected, but it still hurt. The fact that her son had to shoot her to keep her from reanimating and then she became zombie chow sort of made you feel bad for her even if you didn’t like her. Lori’s part in the series didn’t end there, though, she managed to stick around to haunt Rick for awhile. So she didn’t just go quietly — kudos to her.

Merle: Whether you hated Merle or loved him, you have to admit he was one of the most interesting characters on the show. The one-handed wonder added much character and flavor to this bleak world our survivors were living in. Merle’s death showed us redemption — that even someone as far gone as Merle could turn over a new leaf, even if it was too little too late. Seeing this redneck as a walker made for some great television.

There have been some amazing characters who have come and gone on The Walking Dead. Some we were glad to see go (Shane, The Governor) and others we mourned. These four, though, must be on a list of favorite dead characters because we either hated to see them leave, or their deaths were quite memorable.