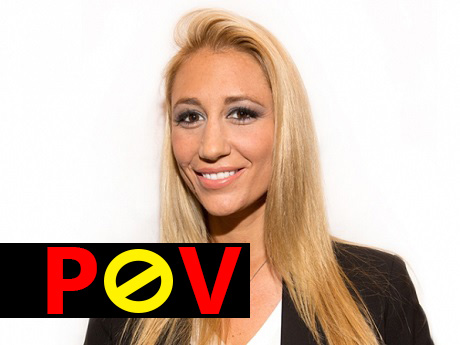 Just when you think a player is going to be down, out, and evicted, he or she pulls out all the stops necessary to stay around another week. Such was the case with Vanessa Rousso, who, according to Big Brother 17 spoilers, managed to win the Week 9 Power of Veto competition.

Whispers this week suggested that Vanessa might be at risk of getting backdoor’d, orchestrated by her alleged “alliance” member and current Week 9 HoH Austin, but now that she has earned the coveted PoV . . . always-paranoid V can chill for the rest of this week. Haha, who are we kidding? In what world would we ever see V relax? Poor thing has been a basket case lately – and her paranoia only continues to grow. (Sidenote: Vanessa had a conversation with Austin recently that cleared a lot of stuff up – and the trust between them and their alliance has been officially repaired. CLICK HERE for more details!)

The players in the competition earlier were Austin, John & Steve (chopping block noms), Meg, Julia, and Vanessa. It really was lucky that Vanessa got chosen to play in the competition. The event started late yesterday evening and lasted a total of five hours. Houseguests played individually. After Vanessa managed to take home the victory, Meg started crying, as she’s prone to do – and let’s just say they weren’t tears of joy. Vanessa thought that Meg’s lack of good sportsmanship was not only unacceptable but that it conveyed a much deeper message: She, and the people she has associated herself with this season, are against her.

Fair assumption, Vanessa (but your elaborate paranoid ideas of them having a super tight alliance and master plan might be giving them a bit more credit than they deserve). Not much later, according to BB17 spoilers, Vanessa was heard saying that she wouldn’t be changing up nominations this week. Therefore, it looks like Steve and John will remain on the Chopping Block. But, as always, we must expect the unexpected.

More than likely, one of them will be heading out of the house this Thursday after the LIVE Eviction Ceremony. The next evicted houseguest will be joining the Jury House. Soon, one Juror will be granted the amazing opportunity to return to the Big Brother season 17 game, so don’t count anyone out just yet.

What do you make of these Week 9 PoV results? Leave your thoughts and comments below. Don’t forget to keep checking CDL for all your Big Brother spoilers, gossip, news, and updates.