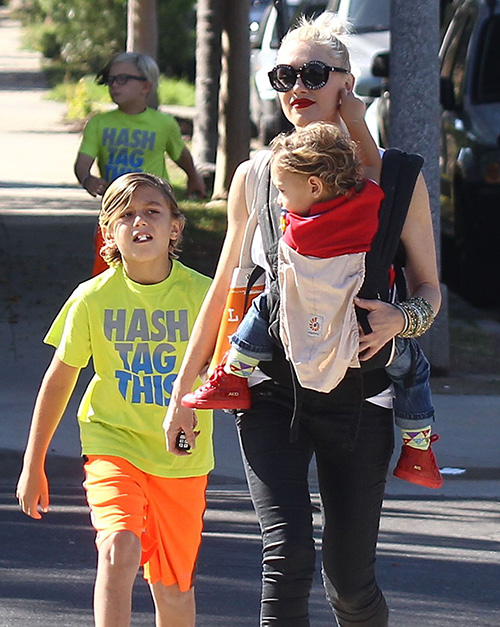 Gwen Stefani and Gavin Rossdale’s divorce is getting NASTY. Their split was originally billed as a mutual and amicable break up, but new rumors claim Gavin is demanding over half of Gwen’s money while claiming he raised their kids, Kingston, Zuma, and Apollo.

Gwen was always the one who seemed more invested in her relationship with Gavin Rossdale. Even as rumors claiming Gavin cheated with both men and women seemed never-ending, the power couple married without a prenup! Now, Stefani might be literally paying the price, as Gavin has reportedly changed his tune from “amicable split” to nasty divorce.

According to Radar, “Gavin is now demanding more than half of her fortune. He has complained that while Gwen was launching her successful clothing line, continuing her music career, and expanding her brand by appearing as a judge on The Voice, he stayed home with their sons.”

If that is true, that means Gavin Rossdale wants half of Gwen Stefani’s fortune because he claims he raised their 3 kids: Kingston, 9, Zuma, 6, and Apollo, 1. Gwen is said to be worth $120 million, while Gavin is only clocking in at $20 million. ‘The Voice’ judge feels Rossdale was lazy and didn’t have as successful of a career because all Gavin does is “play tennis and hang out” with the couple’s former nanny.

Perhaps feeling backed into a corner financially, Gavin Rossdale plans on taking Gwen Stefani to court to get his share of her money. “Gavin is even threatening to go to trial if he isn’t given a chunk of Gwen’s fortune. And he will ask for child and spousal support as well,” the source revealed. “Gwen is furious because at the outset of the divorce, Gavin said he wouldn’t go after her money.”

Good thing Gwen has reportedly found support and possibly even romance with fellow ‘The Voice’ judge, Blake Shelton. Stefani and Shelton are both going through splits that allegedly involve infidelity. Blake recently claimed that he and his ex, Miranda Lambert, are “buddies” but it doesn’t look like Gwen and Gavin will be on friendly terms any time soon if the rumors are true.

What do you think of Gavin Rossdale’s claim he raised Kingston, Zuma, and Apollo and should get the lion’s share of Gwen’s money? Let us know what you think in the comment section below.