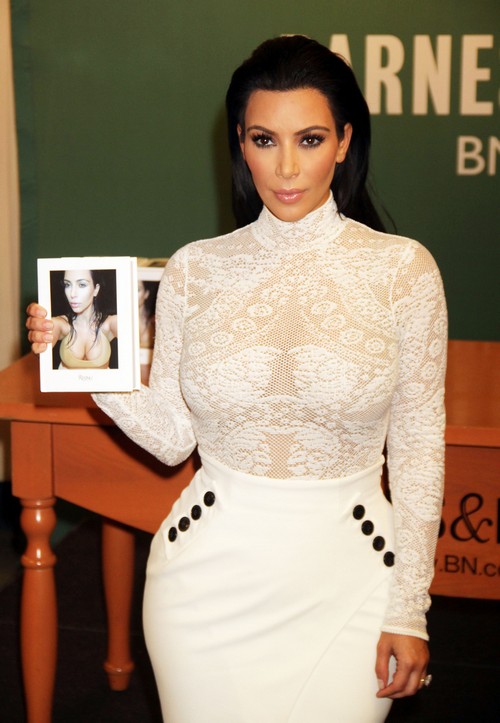 As Kim Kardashian and Kanye’s divorce rumors continue to gain momentum, an insider reveals that Kanye West is having another baby – preferably a son – with or without his wife Kim Kardashian. It’s no secret that Kim and Kanye have been battling fertility issues and desperately trying to get pregnant with baby number two. It was recently revealed on an episode of Keeping Up With The Kardashians that the odds of Kim getting pregnant again are slim to none because of her uterus, and if she does conceive, the birth of her second child will be highly risky and put her and the baby in danger. But Kanye doesn’t care.

Kim Kardashian and Kanye West have been on the brink of a divorce for months now – and it all boils down to their fertility woes. While not being able to get pregnant is stressful enough on any marriage, Kanye’s controlling ways have also put a damper on their relationship. It’s bad enough that Kim is having trouble getting pregnant, but Kanye is blaming her for their fertility problems, and has put the reality TV star on a strict diet and exercise regimen.

Kim is very against hiring a surrogate to carry their second baby, but Kanye scheduled a meeting with a surrogacy agency. Our insider reveals that at the last moment Kim backed out of the meeting, but Kanye went ahead without her! The source explains, “Kanye is headstrong, he told Kim he is having a baby with or without her. He knows their marriage has a shelf date anyways, at least if he hires a surrogate to have a baby for him when he and Kim get divorced she won’t be able to take the baby with her. Kim is devastated, she already feels like a failure because she can’t get pregnant, and now Kanye is basically starting a whole new family without her. Money isn’t an issue for him, he can hire a surrogate, nannies, the whole nine yards – he doesn’t technically need Kim to help him raise a baby.”

Is anyone else having Sherri Shepherd flashbacks right now? What is going to happen if Kanye West has a change of heart – is the surrogate mother going to get stuck with the baby? How will Kim react to her husband having his own test-tube baby on the side? How weird is all of this? Let us know what you think in the comments below!