Kim Kardashian Sold Paris Hilton’s Secrets To Tabloids Back In The Day: KUWTK Star Now Betraying Her Own Family To Media? 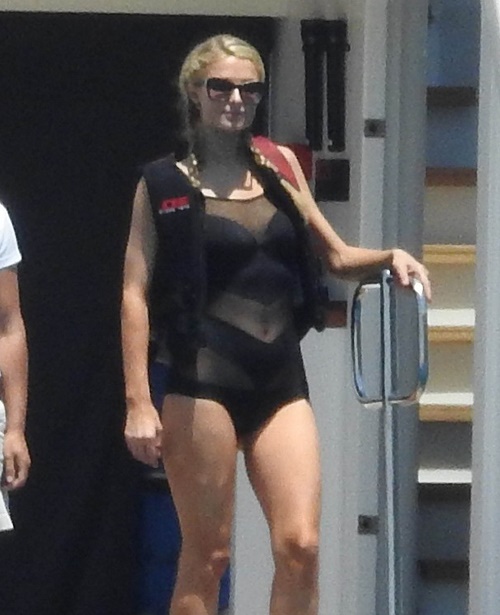 According to various sources at InTouch Magazine, Kim Kardashian used to be the shadiest friend of all time to reality star and socialite Paris Hilton. As you know, Kim Kardashian and Paris Hilton used to be BFFs until Kim used Paris to find her own fame. Now, we are learning that Kim Kardashian may have just been the perfect living example of a real life frienemy; that is, a friend who has a secret rivalry due to jealousy.

Obviously, Kim Kardashian would have been jealous of her famous friend Paris Hilton back in the day. It all makes perfect sense. Kim was just Paris’s closet cleaner until Kim found her own fame, so why wouldn’t Kim Kardashian be a little envious towards her socialite buddy Paris Hilton. We bet Kim would have done anything to get back at Paris and try to ruin her life.

Now, BuzzFeed is alleging that more than one reporter over at InTouch claims that Kim Kardashian used to be the number one source for all things juicy and gossip related regarding Paris Hilton.

Not only did Kim Kardashian cling to Paris Hilton to enjoy the spotlight, she also learned all of her deepest secrets and then sold them to the tabloids to make a pretty penny. We absolutely believe these reports and we would not put it past Kim to be selling out stories about her own family even to this day. It’s possible that the entire Kardashian/Jenner family plants most of the stories we hear about them. Think about it; they are always in the news at the right times. Who else would know as much about the family except for one of the family members?

Kim Kardashian’s spokesperson says that the reports are “absolutely false,” but let’s be honest, Kim Kardashian can be pretty catty and will do anything for money; even if it means selling out her “best friend.”

Do you believe that Kim Kardashian used to be a source for all things Paris Hilton? Would it surprise you to find out that everything that BuzzFeed and InTouch reporters allege is true? Let us know what you think in the comments below.