Kristen Stewart Taking Alicia Cargile As Her Oscar Date: When Will Dating Couple Come Out Officially? 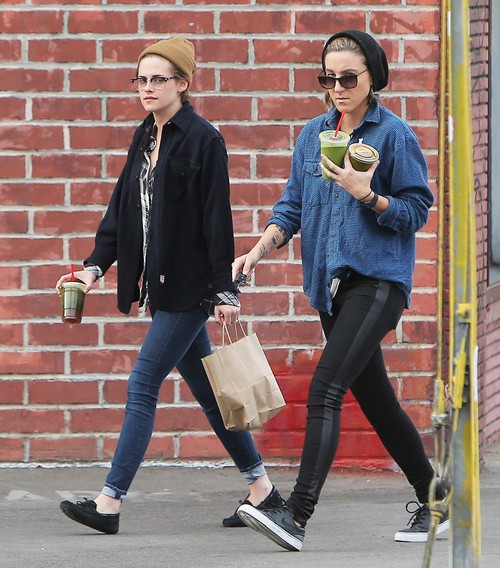 Kristen Stewart has unofficially come out as either a lesbian or bisexual by taking her dating relationship with Alicia Cargile public. All these years, despite the incessant lesbian rumors, most people just assumed that Kristen and Alicia were just BFFs, and they did nothing to correct that assumption. Kristen never publicly commented on her relationship status after breaking up with Robert Pattinson, but we always wondered how she stayed single for so long without a single rebound relationship – especially when Rob was going and sleeping with half the eligible bachelorettes in Hollywood.

But alas, it looks like Kristen Stewart and Alicia Cargile were ‘secretly’ dating, but it’s not a secret anymore, is it? Kudos to Kristen for not giving a damn about Hollywood media or any sort of pressure she may have felt from her team. She and Alicia are having no issues with showing PDA and kissing and cuddling on the beach, but there’s also a difference between PDA on the beach and PDA on a red carpet. Kristen has always been extremely shy about showing affection in public, or at least, that was the case with Rob. Case in point: the two never made a red carpet appearance together if it wasn’t for a Twilight movie.

So the real question is – when will Kristen and Alicia ‘officially’ come out? Would Kristen Stewart be willing to take Alicia Cargile as her date to the Oscars? Would she be willing to expose herself to the questions that would come if she ever brought a date to such a high-profile event, considering how everything at the Oscars will be scrutinized to death? Is Kristen even dating Alicia or are they just casual lovers? Let us know your thoughts in the comments below.