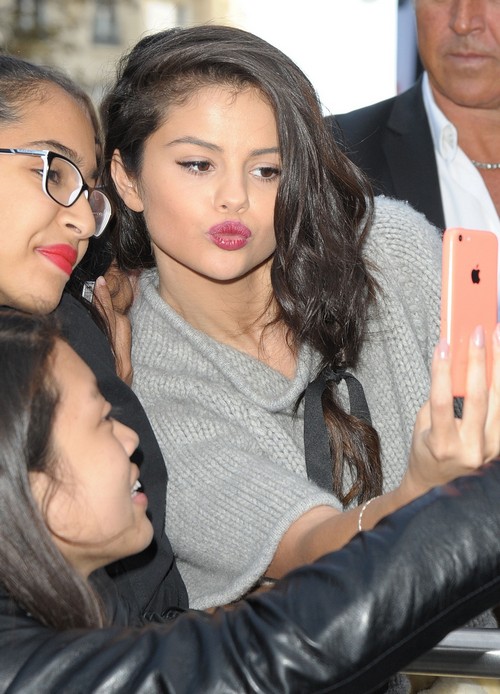 Selena Gomez has been diagnosed with lupus and has undergone chemotherapy – and blames her rehab on it – that’s the latest bomb the singer has dropped. And SelGo is pissed off that the paparazzi twisted her words from her New York Times interview about her new album “Revival.” And none of this has anything to do with Justin Bieber claims the singer – but observers don’t buy that at all.

“I was diagnosed with lupus and I’ve been through chemotherapy. That’s what my break was really about. I could’ve had a stroke. I wanted so badly to say, ‘You guys are a**holes.’” The 23-year-old singer sat down for another interview to set the record straight – this time with Billboard magazine for the issue that will be out October 8. Listen up people – SelGo is done being a nice girl, she done allowing people to trash talk – Gomez is prepared to fight back.

Having matured, Selena says she doesn’t miss Justin Bieber, has no plans to reunite with him, and she’s not taking any more bullying from the media. “I’m so f***ing nice to everybody and everyone is so vile to me.” If it isn’t clear just yet – Selena is not going to let anyone get away with trashing her anymore. And Gomez also put to bed any speculation that the Biebs has been the inspiration behind her new music. “No. This is my time. I deserved all this. I earned it. This is all me.”

Which singer will come out the winner in the transition from child star to adult musician. Justin Bieber was supposedly going to make some serious changes – he promised fans he was going to become a better role model. But Justin smoking weed and swigging Hennessy straight out of the bottle on stage during a concert pretty much screwed up that promise.

Selena Gomez is battling lupus – and winning. Now she’s ready to do battle with anyone who wants to take a whack at her newly found self-confidence. But it’s pretty risky to use the world a**hole to describe the people who helped you build your career. That one may come back to haunt the “Me & the Rhythm” singer.

Is it just a matter of time before SelGo 2.0 reignites her feud with Ariana Grande – who is reportedly now dating Justin Bieber and may go on tour with him? Or has living with a life-threatening illness really changed Gomez?

Let us know what you think about the things Selena had to say in her Billboard magazine interview in the comments section below. Is Selena desperately trying another approach to selling her new album now that using Justin Bieber has failed? And come back to CDL for all your celebrity news, rumors and gossip!