Calvin Harris Moves in with Taylor Swift: Puts House Up For Sale 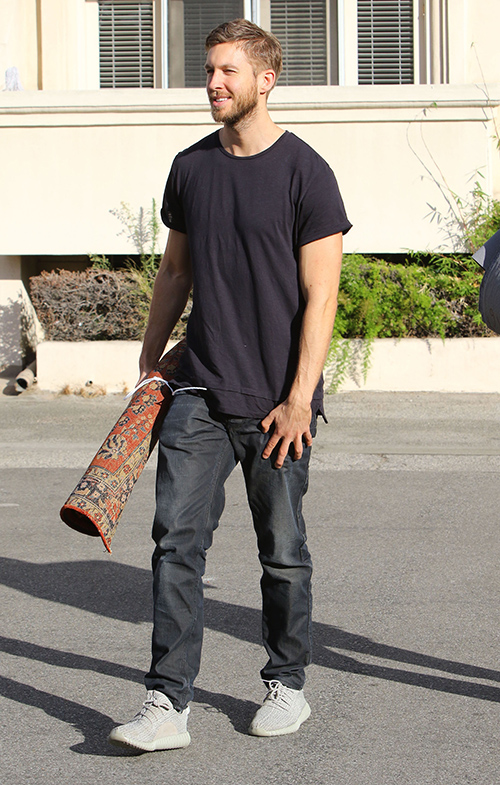 Is Calvin Harris selling his house and moving in with Taylor Swift? Will Calvin Harris be proposing to Taylor Swift as well? Taylor Swift bought a home in Beverly Hills in September 2015 for $25 million. Calvin Harris bought a $7 million home in the Hollywood Hills and already has it back on the market following his girlfriend’s big purchase. Could the happy couple be planning to move in together and is this the reason for not needing two houses in the same Southern California area?

Calvin Harris and Taylor Swift spend a lot of time together, but maybe it just isn’t enough anymore. Maybe they really are ready to take the next step in their relationship. Will this translate into a marriage proposal by Calvin Harris? Could the next big Taylor Swift headline include a bit of bling on her ring finger? We can hope, can’t we?

Celebitchy has pointed out that there have been reports that Taylor and Calvin were planning to move in together, but nothing has come of it. But now that there is actual fact in the mix, it could change things. Calvin is selling his house. He and Taylor Swift are still together (at least they better be!), and well, if he wants to be with his love, then I guess he will just have to move in with Taylor Swift. If there was a vote on the decision, I would vote yes! Would you?

If it turns out that Calvin isn’t going to actually move in with Taylor, then what is the plan? Will their relationship end? What’s the deal? Now we are really dying to know the facts here, folks!

Taylor Swift and her bestie, Selena Gomez are back to being besties. So all is well on that front. The next best thing we need for Taylor is big news in her relationship with Calvin. We are ready and waiting for a Tweet or even a rep confirmation on Calvin Harris moving in with Taylor Swift.

What do you CDL readers think of all this? Why is Calvin selling his house if not to move in with Taylor? Is their relationship getting stronger, or are we headed to the curtain call? Sound off in the comments below!