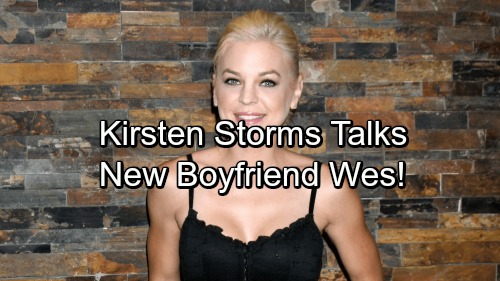 General Hospital (GH) spoilers tease that Maxie (Kirsten Storms) has some jaw-dropping scenes coming up with Nathan (Ryan Paevey). It’s nice to see Kirsten Storms back in action on the ABC soap. Storms’ ex-husband, Brandon Barash (ex-Johnny on GH), was instrumental in convincing Storms to seek help for her depression. However, it seems Storms’ new boyfriend has been just as supportive.

In a recent issue of Soap Opera Digest, Storms talked about attending a General Hospital fan event with her beau. “My boyfriend, Wes, was joking that every person that came up was like, ‘You look so great! I’m so happy you’re back,’” Storms said. She suggested that it was comforting to hear she was missed and get some hugs from her loyal fans. 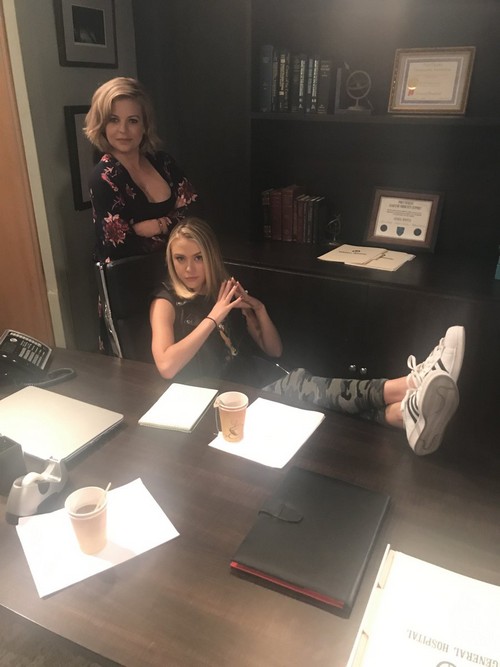 Everyone has been wondering about Storms’ love life, so it’s fun to get a little hint. Wes sounds like a fantastic guy. It’s awesome that Storms has so many people rooting for her, including her understanding boyfriend. A good support system is important.

Storms has been easing back into the role of Maxie, but General Hospital spoilers say she’ll be featured more soon. In that SOD interview, Storms indicated that she felt ready to take all this on. “I just feel like a person again,” Storms said. She added that she’s excited to get out there and do her thing. GH viewers are excited about that, too! We all wish Storms nothing but the best.

Are you glad Maxie is back on General Hospital? What kind of storyline would you like to see for this popular character? Do you think Maxie and Nathan are the perfect onscreen duo? We’ll give you updates as other news comes in. Stay tuned to ABC’s GH and don’t forget to check CDL often for the latest General Hospital spoilers, updates and news.